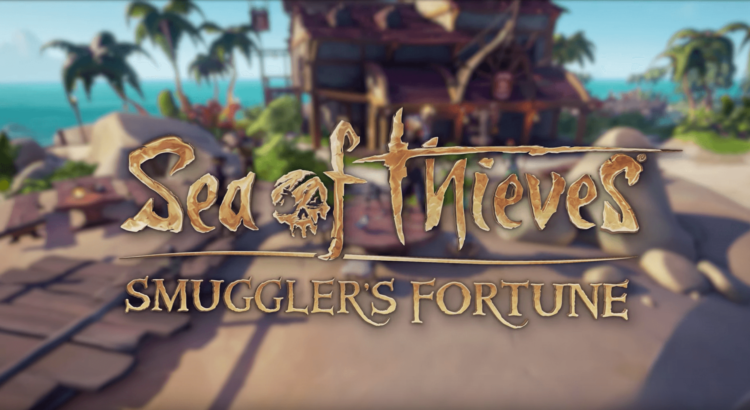 The long awaited Smuggler’s Fortune update has released this morning! Huzzah! Yes, we do have brand new Mercenary Voyages, but that is just the tip of the iceberg!

This Smuggler’s Fortune update is filled with so much new content that as we’d be outlining an article we’d realize “Oh, wow that’s quite a long and eclectic mass of content. Maybe we should separate this section out into its own article.”

Then, as we’d be delving into that sectioned-off article, we’d have the same realization all over again. This update is like a matryoshka doll!

Ah, but we’re so very excited for every little gem we uncover.

We have in-depth write-ups on all the new features to hit the Sea of Thieves. Open your guide to the new Mercenary Voyage. Find Stitcher Jim. Meet all the pets and decide which you’d like to be your new crewmate! Discover Duke’s Black Market! Find out what these new Ancient Skeletons are all about… and more!

Pets—All You Need to Know!

I mean, do we really need to say more? There was just too much to tell about these furry and feathered friends to keep them caged in the general Pirate Emporium article. Plus, we plan to add far more to this article today, and likely well into the future, as Rare adds more and more to these adorable little crewmates: Sea of Thieves Pets—All You Need to Know.

Today marks the Grand Opening of the Pirate Emporium. This article tells you everything you’ll need to know. You can even peruse the items before booting up the game! We posted everything we could based on the September 9th preview stream, but now we’ll be adding so much more: Sea of Thieves—The Pirate Emporium.

What is this new music I hear? Ah, it might be the sound of the Ancient Skeleton… and you’ll want to move fast! These slippery scalawags can burrow back into the ground at a moment’s notice, disappearing with an entirely new treasure you are sure to miss—Ancient Coin: Sea of Thieves Ancient Skeletons—New Treasure from a New Foe…

Stitcher Jim Resurfaces in the Sea of Thieves

This confounded mutinous %#*& of a pirate has a lot of nerve showing his face in the Sea of Thieves! Here we provide you with the means of finding Stitcher Jim. We don’t blame you if you don’t want to see his ugly mug, but you will likely want the Mercenary Voyage commendations—and doubloons—you’ll receive for tracking him down: Stitcher Jim Resurfaces in the Sea of Thieves.

Duke’s Black Market in the Sea of Thieves

What is Duke Selling?

This article does not waste time with the background of the Black Market as a whole. Rather, this article kicks off a series of articles we will be doing with each and every Black Market update, introducing the newest items Duke has to offer, and making sure you don’t miss out before the items drift away: What is Duke Selling Sept. 11th – Oct. 9th.