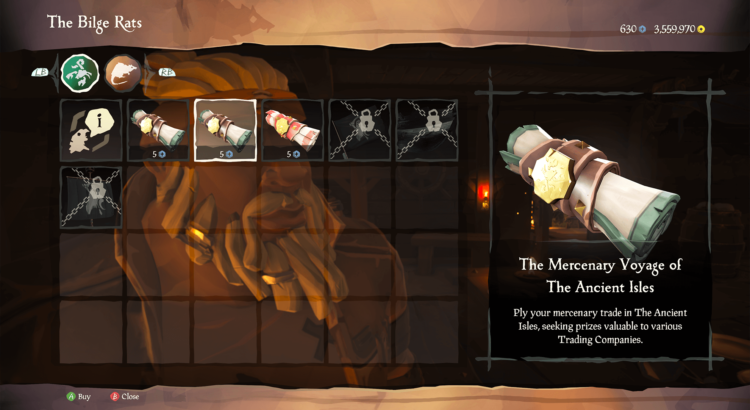 Both of these Mercenary Voyages will require you to complete four different quests in their specified region.

The Wilds—For the Mercenary Voyage of The Wilds, you will be visiting islands such as The Crooked Masts, Sunken Grove, Shipwreck Bay, and Kraken’s Fall.

The Ancient Isles—For the Mercenary Voyage of The Ancient Isles, you will be visiting islands such as Crook’s Hollow, Thieves’ Haven, Shark Bait Cove and Discovery Ridge.

Complete these two region specific Mercenary Voyages and you will unlock their corresponding commendation, haul in a hefty sum of gold from your treasure, and top it all off with a few doubloons.

Four different quests comprise one grand Mercenary Voyage: one X-Marks-the-Spot, one Riddle, one Order of Souls, and one Cargo Run. 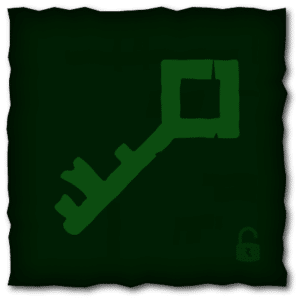 For the x-marks-the-spot quest, you will be given a map to an unspecified island, which has been marked with at least one bright red X. By “unspecified” we mean there is no stated island name, you simply see an image of the island.

If you’re not sure which island you’re looking at, you can try to match it up with the islands on your map table. This can be a bit fiddly task, zooming in and out on several islands before you find a match.

Head on over to your trusty interactive map. There you’ll find an “Island Finder” feature. These islands are quite a bit larger than the islands appear on the in-game map. Plus, you can scroll through them rather quickly. As a result, you should be able to find your island of interest a bit more easily.

icon on the left. This will open a panel containing every Sea of Thieves island. Simply scroll through until you find the island matching your X-bejeweled quest map.

Then all you’ll need to do is sail over to the island, find each X, shovel your chests out, and likely fight off an angry hoard of skeletons lying in wait. 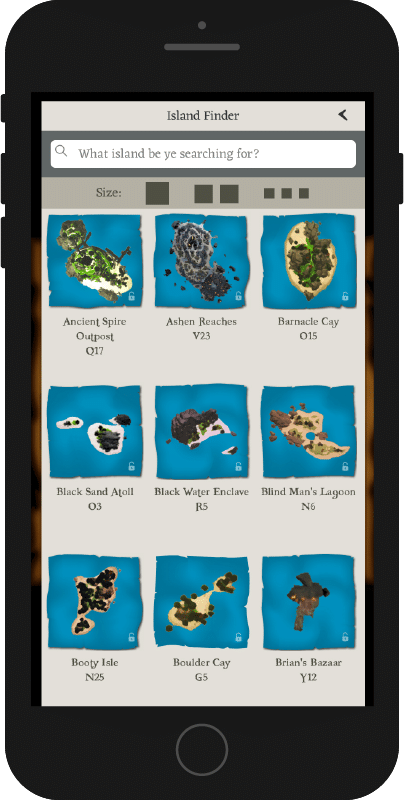 These mercenary voyages will also ask you to complete a Riddle quest. Unlike x-marks-the-spot quests, riddle quests do tell you to which island you will be heading. However—as the name suggests—everything else is a riddle.

Riddle quests require you to perform 1–4 tasks in various spots around the island. Where are these spots? That’s the riddle! The quest will give you clues corresponding to conspicuous landmarks or rock paintings.

Sometimes these landmarks are a bit less conspicuous… If you get stuck, not to worry. Simply turn to that trusty interactive map.

If you still want a bit of a hunt, you can turn on all riddle clue markers: landmarks and rock paintings. Then, click on each marker to see if you think it matches your clue.

Want an easier way? Type the keywords of your clue into the search feature. Kraken bones are strewn all over Kraken’s Fall, but where are those confounded “Impaled Remains”?

icon, and type “impaled remains” into the search. Suddenly, you will see exactly where that Kraken met its fate on the map. You’ll also see an image of the ill-fated Kraken so you’ll know it when you see it. 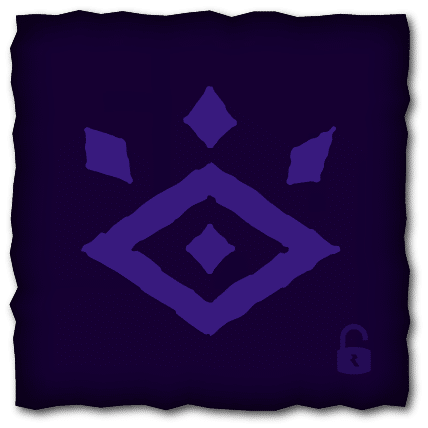 Once you’re on the island, don’t simply begin slashing any ambient skeletons. You’re looking for the Order of Souls skeletons. These skeletons will be dark and shadowy, gilded in gold, sprouting leaves, or at least wearing a bandana. You’ll want to fight each type a bit differently.

Under cover of night, shadowy skeletons are invincible! However, you have a trusty lantern. Use your lantern to pierce their protective veil. Once the light hits these skellies, you’ll have a brief window to slice, shoot, or blow them up!

It is a brief window, though. So, you might have to bring that lantern out several times. Pro-tip: designate one crew member to just hop around with a lantern. Bonus points for anyone singing, “This Little Light of Mine.”

Load up your guns! Gold skeletons are quite slow. However, they are practically impervious to swords. Swords are best used to keep a skeleton from shooting you, while you crewmate reloads at an ammo crate.

If you’re not sure where to find ammo crates on the island, toggle on the “Ammo Chest” marker in your  interactive map.

To make gold skeletons easier, get them rusty! Either lure them into water, or douse them with buckets. This makes them slower and more brittle.

In contrast to the gold skeletons—with leafy skeletons, swords are your friend, and water is your enemy. While guns will do damage, swords will make quick work of a chopped salad. You’ll want to keep them away from water because water will heal them!

Dealers choice! These skeletons are much akin to your run-of-the-mill ambient skeletons. Slice them. Shoot them. Explode them with a barrel!

How to Fight Skeleton Captains:

The captains have an orange-red title above their head. They have quite a bit more health than their non-captain cronies. However, you’ll fight these according to their type, just the same as listed above. Slay these captains and you’ll be rewarded with a gleaming skull you can exchange for gold!

How to FIND Skeleton Captains:

Sometimes you arrive at an island only to find ambient skeletons, if any. Run around a bit, until you hear drumming. Follow that drumming! As the drumming grows louder, you’ll know you’re getting closer.

A Word to the Wise: Caves
If you’ve followed the drumming and there are no skeletons in sight, they might be above or below you. 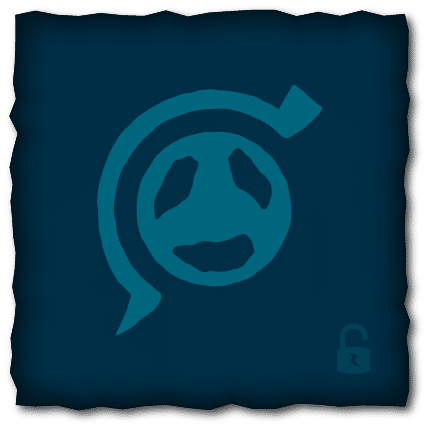 This sample voyage would not be complete without a quest from the Merchant Alliance. This quest is a Cargo Run: retrieve cargo from one NPC and deliver it—safely—to another.

Your quest will tell you from whence your cargo shall be retrieved. In other words: it will tell you the name of the NPC pirate holding that cargo, and on which island you will find said pirate.

You won’t know where this cargo must be delivered until you obtain it. There will be a little note pinned to the cargo with the recipient’s name and island.

How to find Cargo Run Pirates

“Who is ‘Lootin’ Penelope,’ and where am I supposed to find her on Kraken’s Fall?

If you’re having a bit of difficulty finding these NPCs, look no further than your interactive map. Toggle on the markers for “Cargo Runs,” and click the marker on the designated island. Alternatively, you can always use the search feature and just type in the NPC’s name.

This map will lead you to an island with several high valued chests such as Captain’s Chests or Cursed Chests! If they were’t already, this final treasure will have your coffers gleaming with gold!

Huzzah! You made it! You’ve finished at last! Pour a grog, sit back, and count your coin—or go by the outpost shops and spend a little coin.

If you leveled up in any of the trading companies while turning in your loot, you just might have unlocked some shiny new cosmetics. Curious, me hearties? Take a look at the 0-50 Level-Locked Cosmetics you might now acquire.

Ready for more? Try another Mercenary Voyage… with the Reaper’s Mark on! Here’s your guide for The Reaper’s Run of Wanderer’s Refuge—if you dare…