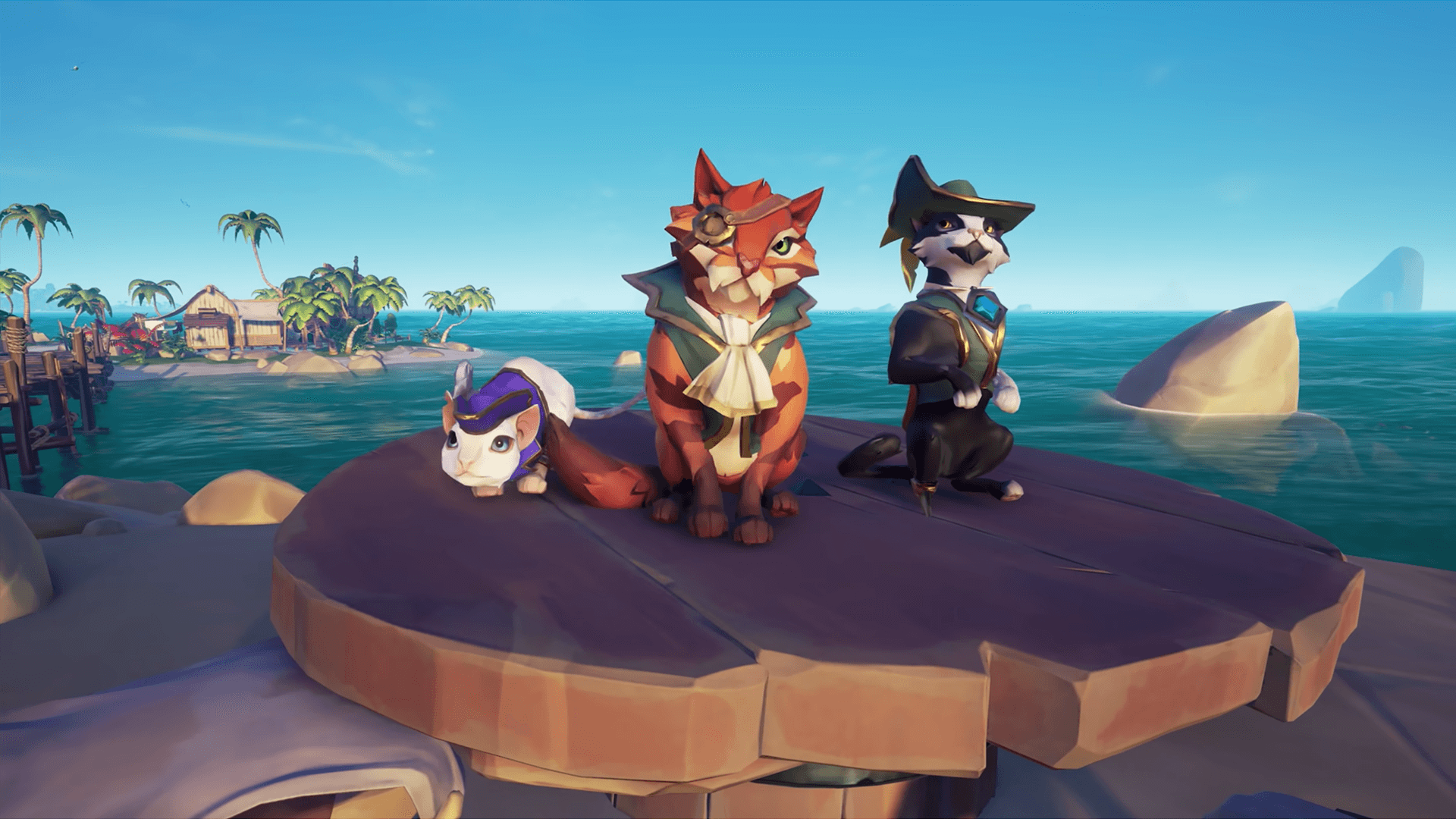 Cats climb aboard in the Sea of Thieves!

Cats! One of the most long awaited pets has found its way to the Sea of Thieves! The idea of sailing with cats has been a teased and wanted feature since they were first spotted in the Sea of Thieves Cinematic Trailer that was released at E3 2016.

There is plenty to think about before choosing your new best friend on the Sea of Thieves! So let’s take a closer look at all the different variants and outfits for each of the three breeds of cats!

Yes, that’s right! Just like the parrots and monkeys before, there are three different breeds of cats to choose from. The Pirate Emporium is now selling the scruffy Wildcat, the fluffy Ragamuffin and the slinky Mau. Each breed has five different variants so you are sure to find your perfect companion!

The Wildcat breed is a rugged cat. You can expect this feline to adapt to any encounter and habitat your pirate decides to take on. Their feral and mangy look gives them the edgy attitude that every pirate wants in a sailing buddy!

The five different variants of Wildcat are: Sapphire, Ratcatcher, Island, Claycoat and Cavalier.

This stocky breed of cat will be by your side at all times. That is just in case you happen to drop some scraps! If you are all about the fluff, the Ragamuffin is the breed for you!

The five different variants of Ragamuffins are: Tawny, Patchwork, Driftwood, Calico and Bandit.

The slight build of the Mau means you can expect a more nimble and agile cat. You can also expect this cat to fair better aboard a ship over the rough and dangerous terrain of an uncharted island.

The five variants of Maus are: Twilight, Tabby, Stormy, Sandchaser and Ivory.

The introduction of cats to the Pirate Emporium is celebrated with two outfits for these cute little animals!

If you visit the Pirate Emporium during the Ships of Fortune update you can take advantage of the Cat’s Meow Bundle! The bundle includes three different cat breeds and the Sovereign outfit for each!

You can purchase this bundle for 1,249 Ancient Coin.

Where do you equip your cat?

Similar to the parrots and monkeys, you can equip your purchased cat at any Pet Chest. Pet Chests can be found on your ship near the other cosmetic chests as well as right out front of the Pirate Emporium on each Outpost.

What else can I do with my cat? 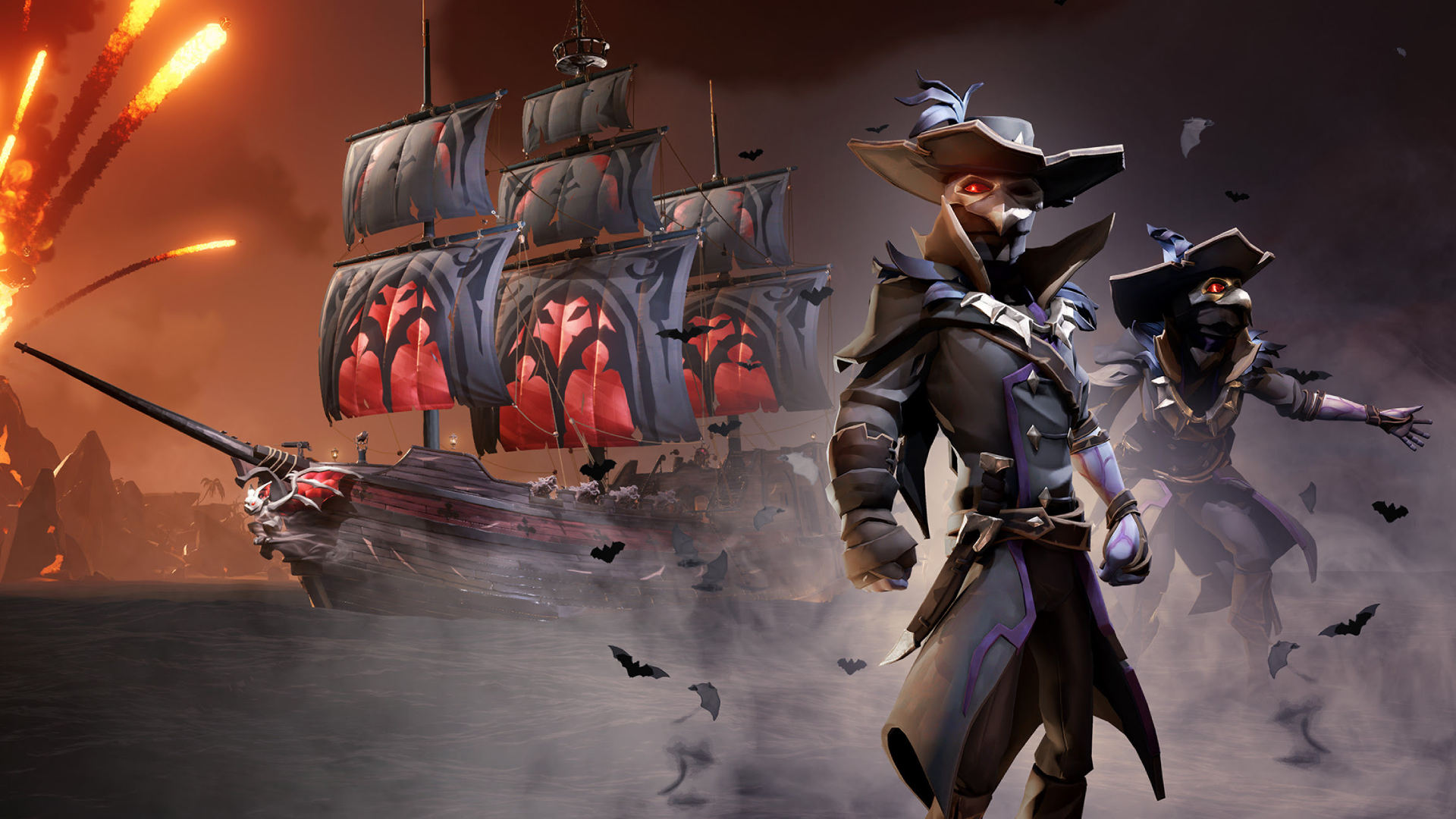 The Fury of the Damned Event Guide

How to get the Breath of the Sea

in the “Cat Meow Bundle” do you get to choose the color for each types or does it just give you the default colors?

No, they are predetermined. Purchasing the Cat’s Meow Bundle will give you the Cavalier Wildcat, The Ivory Mau and the Bandit Ragamuffin. You will also receive the Sovereign Outfit for each!