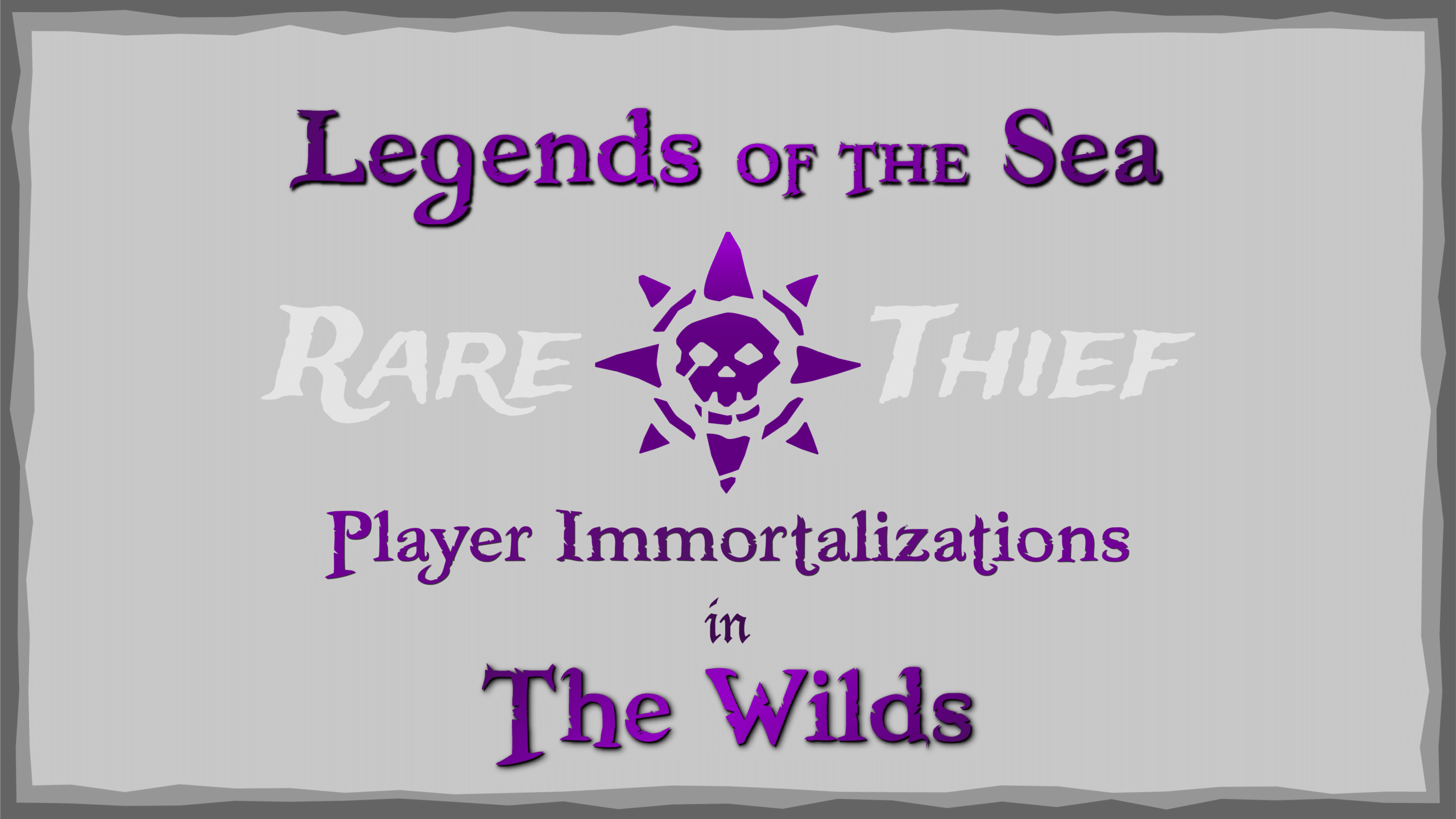 Legends of the Sea Locations in The Wilds

Meet Umbra: the great chronicler of Pirate Legends! Aye, she has set up camp on Lagoon of Whispers and is eager to discover the storied shores in the Sea of Thieves, documenting Legends of the Seas!

Yet, with so many rumors whispered on the wind, it’s hard to know what to believe. So, first, Umbra wants to verify these tales. Ah, but with so many stories, she needs a bit of help.

Umbra is tasking us pirates with finding the places where legend says these pirates have left their mark. This article is dedicated to the 8 player immortalization easter eggs and their matching commendations you will find hidden in The Wilds.

We have the locations of each below going from West to East starting at Dagger Tooth Outpost and ending at Galleon’s Grave Outpost—but feel free to chart your own path.

For you pirates who like to follow along step by step, we have a handy companion video to guide you along!

And off we go!

The Fox in the Snake

Have a drink in the tavern at Dagger Tooth and you’re sure to learn of this deadly pirate.

The story behind “The Fox in the Snake”

Fizzy Foxy was one of the deadliest pirates in the earliest days of the Sea of Thieves.

They sent many souls to the Ferryman without mercy, until this poster was hastily drawn up to warn everyone.

Where to find “The Fox in the Snake”

Specifics: This player immortalization can be found inside the Snake Pit tavern on Dagger Tooth Outpost. Walk through the door of the tavern and head to the left side of the bar. You will see a poster referencing the killing spree Fizzy Foxy went on.

See where this legend lies on your map: The Fox in the Snake

Dagger Tooth is known for deadly criminals, as a poster on the water tower suggests.

The story behind “Self-Promoting Pistol Pirate”

~Wanted – Musicmee – for saying ‘pew! pew!” every time they shot their pistol.~

This poster doesn’t appear to be official – it looks like the pirate drew it up themselves.

Maybe they made several, to confuse any bounty hunters?

Where to find “Self-Promoting Pistol Pirate”

Specifics: You can find the poster immortalizing this Legend of the Sea attached to the water tower found on the East side of the Outpost near the Weapon Shop.

See where this legend lies on your map: Self-Promoting Pistol Pirate

Not All Falcons Fly

On Shipwreck Bay, they say a pirate’s bones can be found beside the legendary shipwreck.

The story behind “Not All Falcons Fly”

This rare thief leapt from the crow’s nest perhaps one time too many.

According to Umbra’s notes, these are the remains of IOnEI Falcon, who would famously leap from the crow’s nest to take a shortcut to the Ferry.

In those days, before people knew how healthy bananas were, he realized it was a roundabout way to feel ship-shape again.

Where to find “Not All Falcons Fly”

Specifics: This player immortalization can be found just West of the Blackwyche shipwreck found on the South side of the island. You will be looking for two skeleton legs sticking out of the ground with a name etched into a rock just above them.

See where this legend lies on your map: Not All Falcons Fly

They say that Shark Fin Camp was once defeated without anyone even drawing a weapon.

The story behind “A Venomous Attack”

Pirate KaidaWrath and their crew became famous for defeating a Skeleton Fort…using not guns, but 100 baskets of angry snakes!

That battle must have been a sigh to behold. It just goes to show that being a pirate is about more than your weapons.

Where to find “A Venomous Attack”

Specifics: Head to the fort gatehouse on the East side of the island. On the side facing the sea to the East you will see a painting on the gatehouse entrance. The painting depicts a skeleton being bitten by multiple snakes to commemorate the grand snake attack orchestrated by some legendary pirates.

See where this legend lies on your map: A Venomous Attack

This pirate lost their way on the beach of Marauder’s Arch, and tried to survive on just bananas…

The story behind “Death by Banana”

The pirate Griffen was famed for his love of whole bananas, skin and all, which really caught on among pirates…

Unfortunately, he cronched his last on this very spot.

Where to find “Death by Banana”

Specifics: Look for the skeleton with a banana in its mouth laying at the end of the tunnel that faces the North East sea. This poor soul ate one too many bananas with the peel on.

See where this legend lies on your map: Death by Banana

The Weaponsmith’s shop on Galleon’s Grave boasts a famous patron.

The story behind “Precision Pirating”

A pirate named Cacci left their mark below this perfect bullseye. Some say they could hit a skeleton in the eye socket, from the next island over!

Where to find “Precision Pirating”

Specifics: Head to the Weapon Shop on the South West side of the island up the hill. Just outside the shop entrance will be a hanging target immortalizing this hotshot sharpshooter.

See where this legend lies on your map: Precision Pirating

Big Love in a Small Package

A parcel and hat on the dock at Galleon’s Grave suggest that the Wilds may be civilized after all.

The story behind “Big Love in a Small Package”

Lesleyann was a true pirate legend, who delivered vital gifts to a friend in dire need.

Knowing that her friend was suffering with poor health, she did all in her power to keep her in touch with the rest of the Sea of Thieves.

Where to find “Big Love in a Small Package”

Specifics: Just next to the Merchant Alliance trader Meg on the South dock is a package and hat. Inspect these items to learn about the generosity of a legendary pirate.

See where this legend lies on your map: Big Love in a Small Package

On Galleon’s Grave, high up on the wreck, there lived a dog of legendary adorableness.

The story behind “Who’s a Good Boy?”

You don’t need Umbra to know the legend of Kato, the most beloved dog on the seas. Patting him on the head was sure to bring fortune to your voyages!

Specifics: Climb up to the ship that is wrecked on top of the Outpost’s peaks. On the last and highest platform will be a bowl and bone dedicated to the best boy on the sea.

See where this legend lies on your map: Who’s a Good Boy?

You’ve done it! Umbra will be pleased to see that you have found every Legends of the Sea in The Wilds! There’s more to discover though! If you’d like to continue the hunt for more legends with us, we have the locations for the other legends in the article below!

All Legends of the Sea Locations Guide 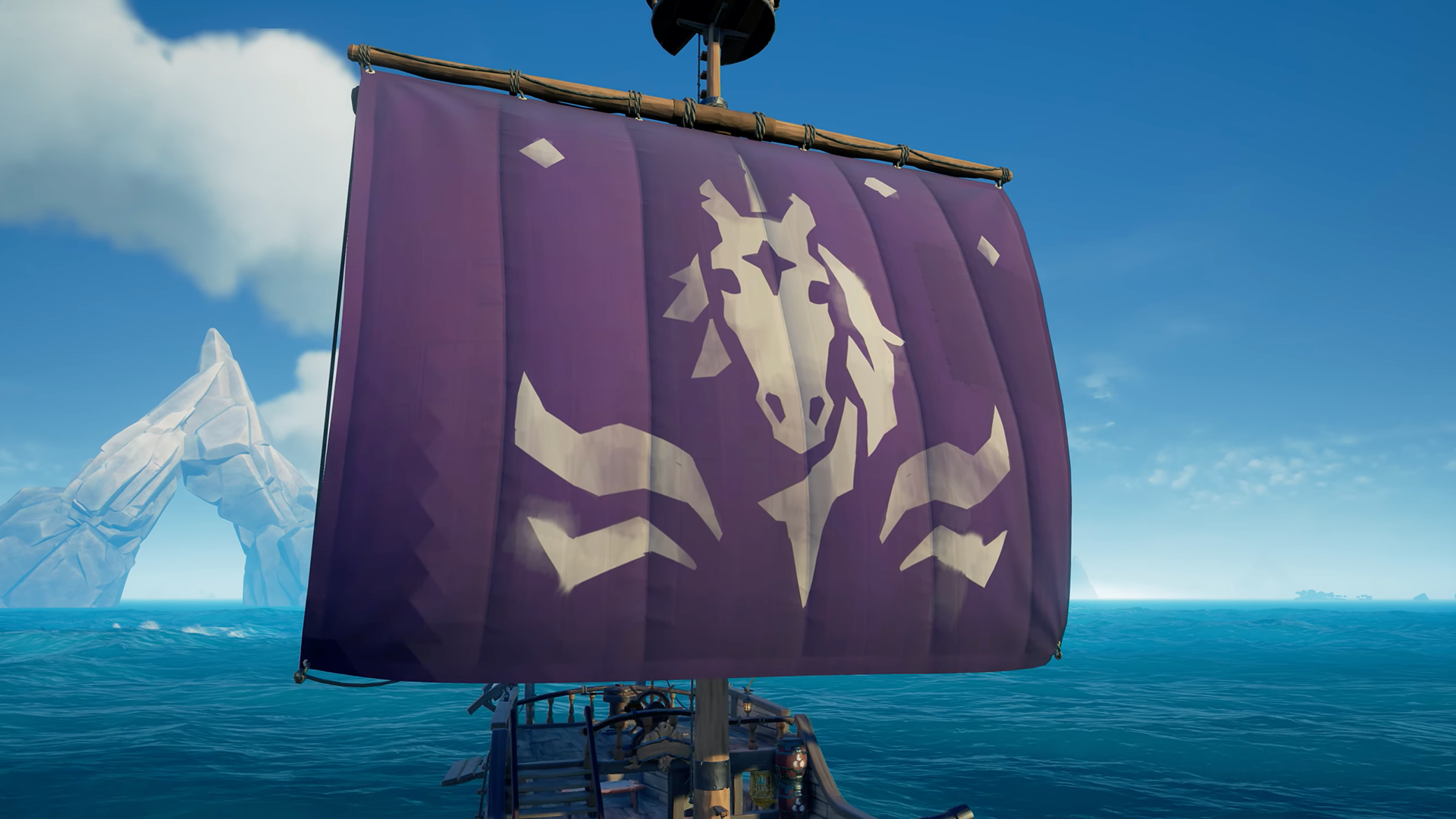 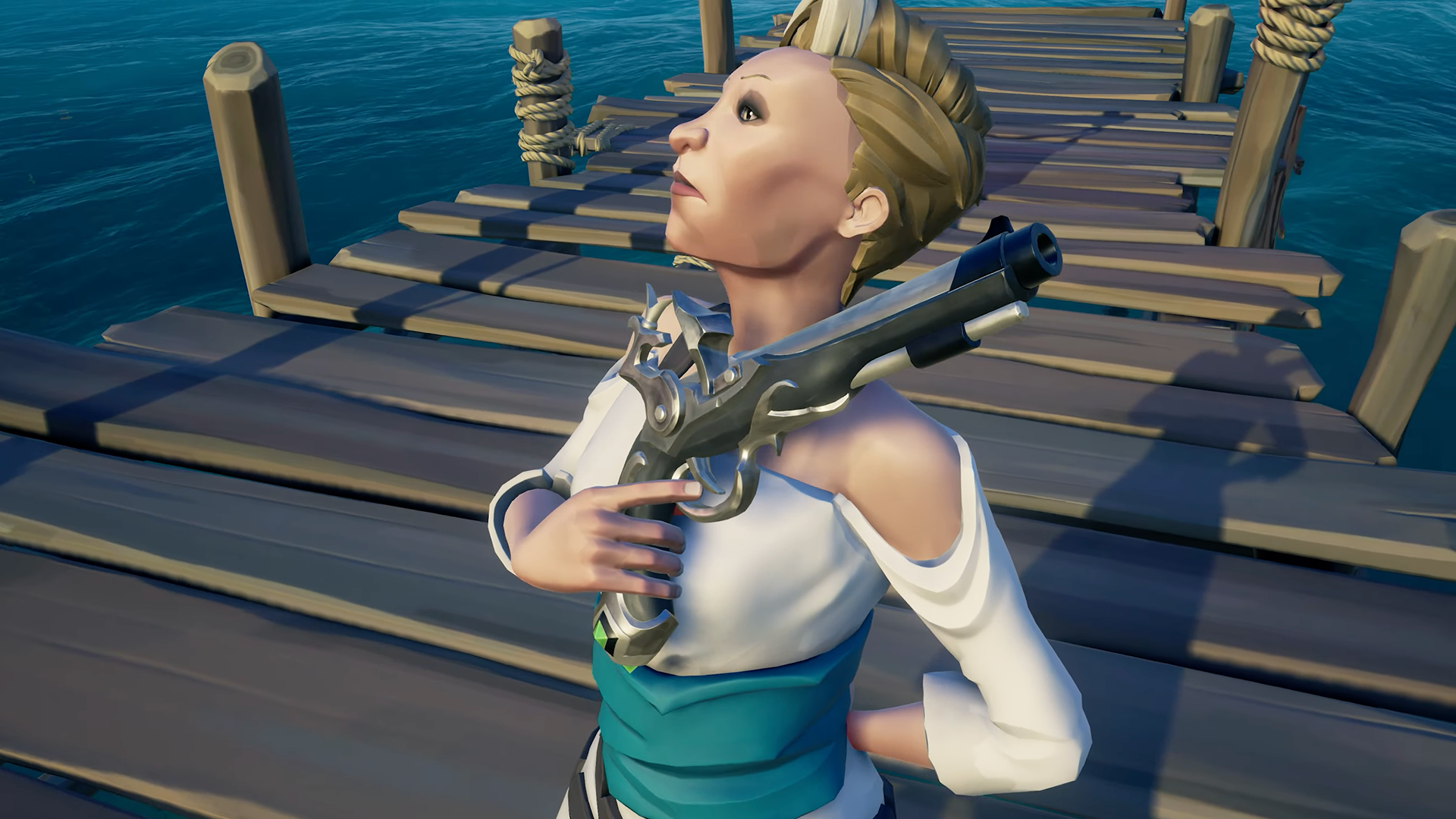 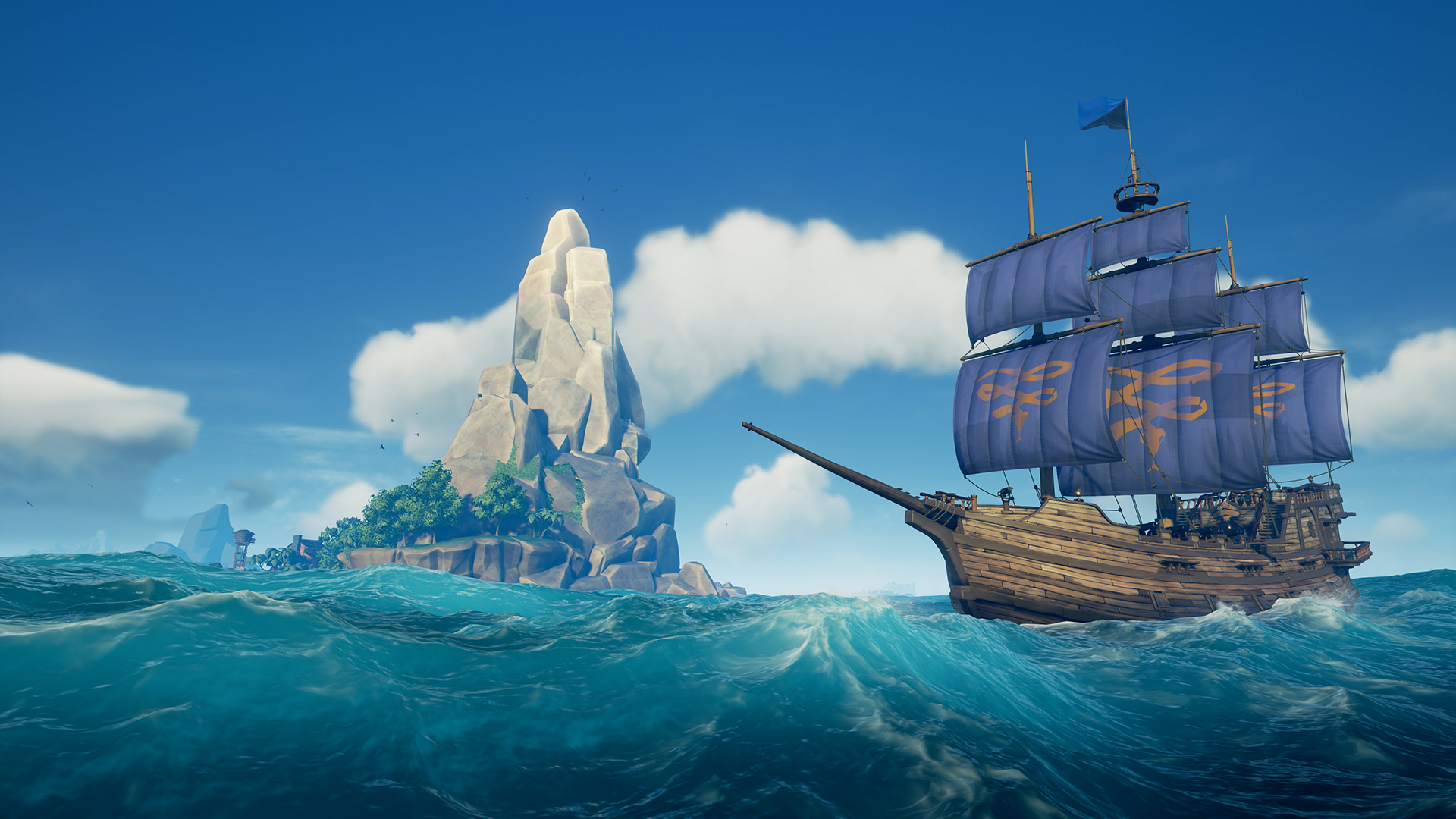