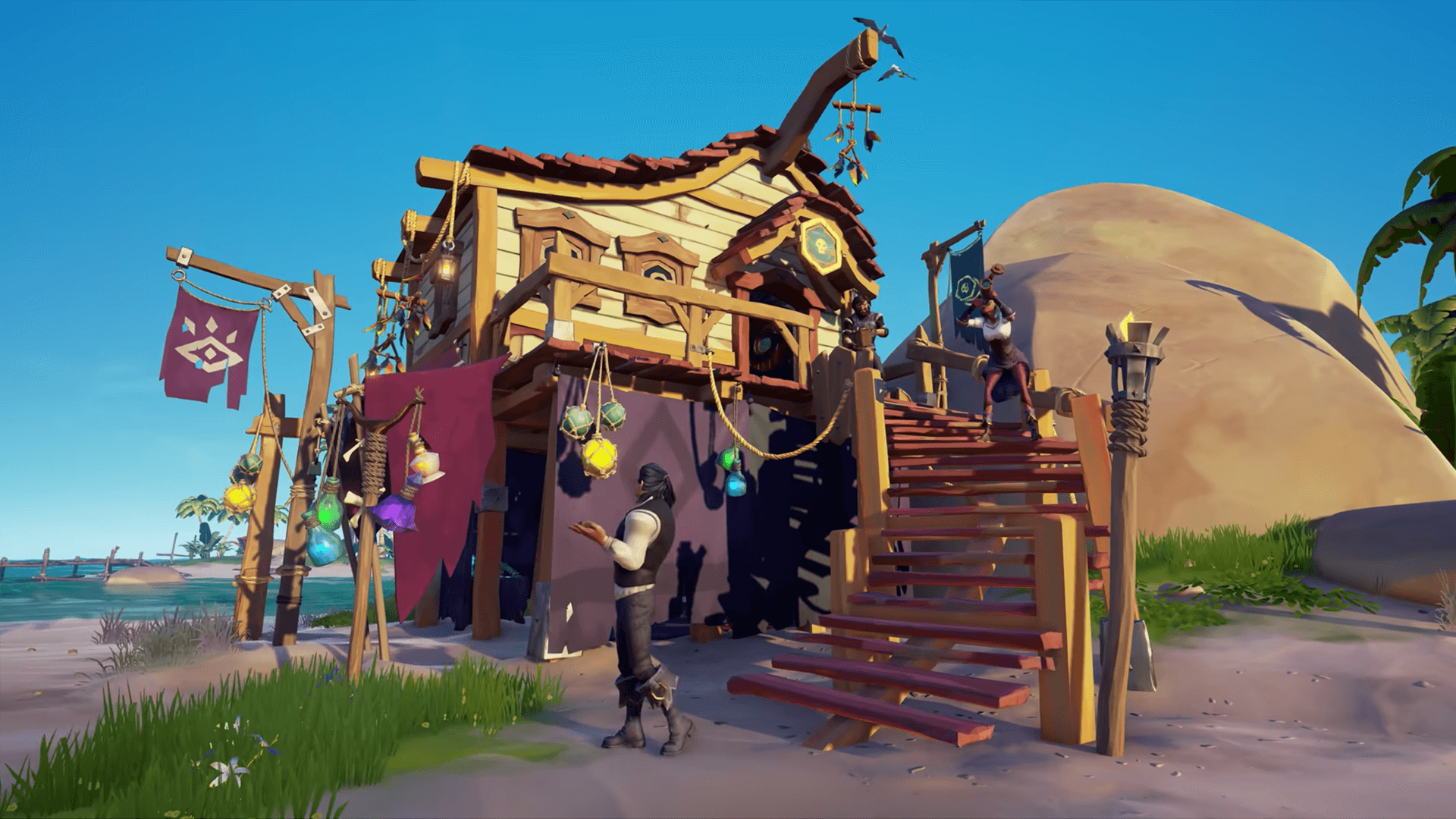 The second anniversary update for the Sea of Thieves is a monumental one for the Pirate Emporium for one furry reason. Cats are now available to purchase!

That’s right! You can now have a little feline friend companion as you sail the seas in search of treasure!

The Pirate Emporium has also added plenty of new emotes and a brand new heritage ship collection! Let’s do some window shopping shall we?

The main attraction this month in the Pets section of the Pirate Emporium are of course the cats! Also their cute little outfits!

Each breed also has a wide range of colors just as the monkeys and parrots do. The three breeds available are very distinct so you are sure to find one that fits your style!

These cats can live just as comfortably on a ship as they can on an uncharted island. There isn’t much on the sea that can scare this breed!

You can purchase a Wildcat for 499 Ancient Coin.

If you enjoy the finer things in life then the Mau might be who you would like to enjoy a nice meal with.

The Mau is a more nimble and slight cat than the other two breeds. While you might not want to take this cat to The Devil’s Roar, it is quick on its feet and will be sure to dodge any incoming fire!

The Mau costs 499 Ancient Coin each.

Who doesn’t want a big ball of fluff to sleep next to at night on a cold dark ship? The Ragamuffin is larger and fluffier than the other two cat breeds available.

While the Ragamuffin might not look lean, mean, and fierce—you don’t want to mess with its mass when it comes charging at you!

A Ragamuffin can be yours for 499 Ancient Coin.

If you have already spoiled your monkey or parrot with an outfit of its own, then you wouldn’t want to leave your cat out. Luckily, you can treat your new little fluffy friend to two different outfits.

Each of the outfits cost 249 Ancient Coin.

The Sovereign Outfit for Cats

The Pirate Legend Outfit for Cats

If you can’t choose just one then the Cat’s Meow Bundle might be your saving grace. The bundle includes one of each of the three cat breeds, as well as all three Sovereign outfits.

More specifically, purchasing the Cat’s Meow Bundle will give you the Cavalier Wildcat, The Ivory Mau, and the Bandit Ragamuffin—plus, the Sovereign Outfit for each!

This bundle is time-limited so if you are interested in it, be sure to grab it before the following update releases! You can purchase it for 1,249 in Ancient Coin.

Ah yes, the Crab Dab emote…the emote  that changed the Sea of Thieves world forever. The Pirate Emporium is celebrating the important emote with a whole bundle dedicated to to crab dancing.

The Crab Dance Emote Bundle includes four new emotes that will have you pulling out all the best crab moves one can imagine!

The Tools of the Trade Bundle

Do you just love the cosmetics you have on your equipment but don’t have a good enough excuse to show them off?

The Tools of the Trade Bundle includes eight brand new emotes that will feature each piece of equipment in your inventory.

For 999 Ancient Coin, you can purchase the Tools of the Trade Bundle which includes the Bucket Prank, No Direction, Hook, Line, Sinker, Lanterns High, Watch Watching, Sing Like Nobody’s Listening, Slipper Spyglass and Polished to Perfection emote.

They are all also available to purchase individually for 149 Ancient Coin each.

This is one of the more ferocious heritage ship collections the Pirate Emporium has offered. Introducing the Night Wulf Ship Collection. This biting collection is inspired by “Sabre Wulf.”

What is Sabre Wulf?

For those not familiar with Sabre Wulf, you might be curious to know its origins.

“Sabre Wulf” is a game that Rare released back when Rare was known as “Ultimate Play the Game.” It was released on the e ZX Spectrum home computer in 1984.

In the game, the player would guide the protagonist, an adventurer named Sabreman, through a jungle maze. Along the way Sabreman would encounter many frightful enemies, including the mighty Sabre Wulf!

The Sabre Wulf in Sea of Thieves

The Sabre Wulf has entered the Sea of Thieves in the form of this commemorative ship cosmetics set.

You can purchase the entire ship collection with the bundle for 2,499 Ancient Coin.

Cats, and Crabs, and Wolves—Oh My!

What a month for the Pirate Emporium! Thanks to this second anniversary Ships of Fortune update, all you cat lovers can finally have a true partner in crime that will never leave your side, and all you dog lovers can chase down those cats with a canine leading your pack. 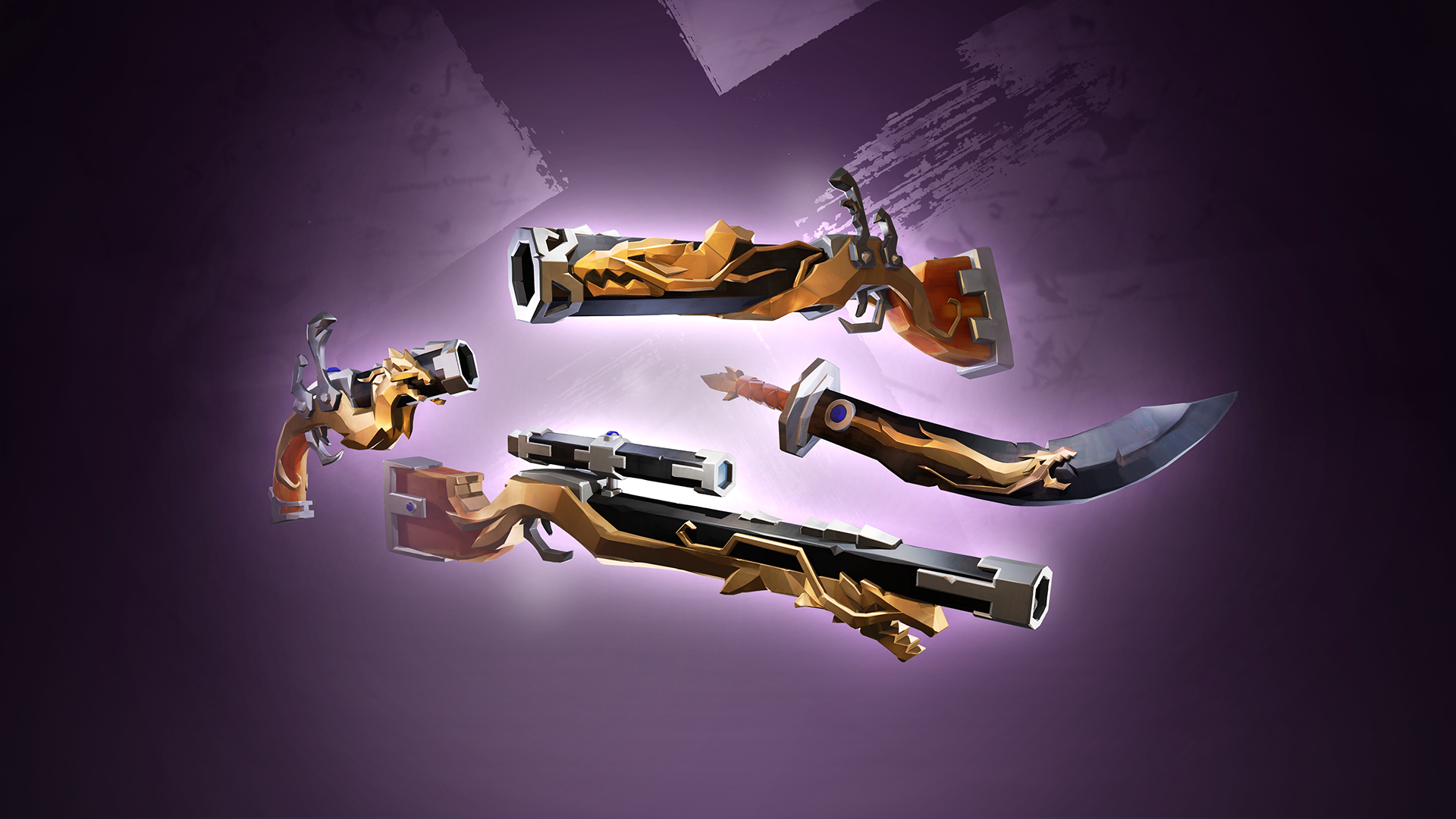 How to get the Eastern Winds Sapphire Weapons 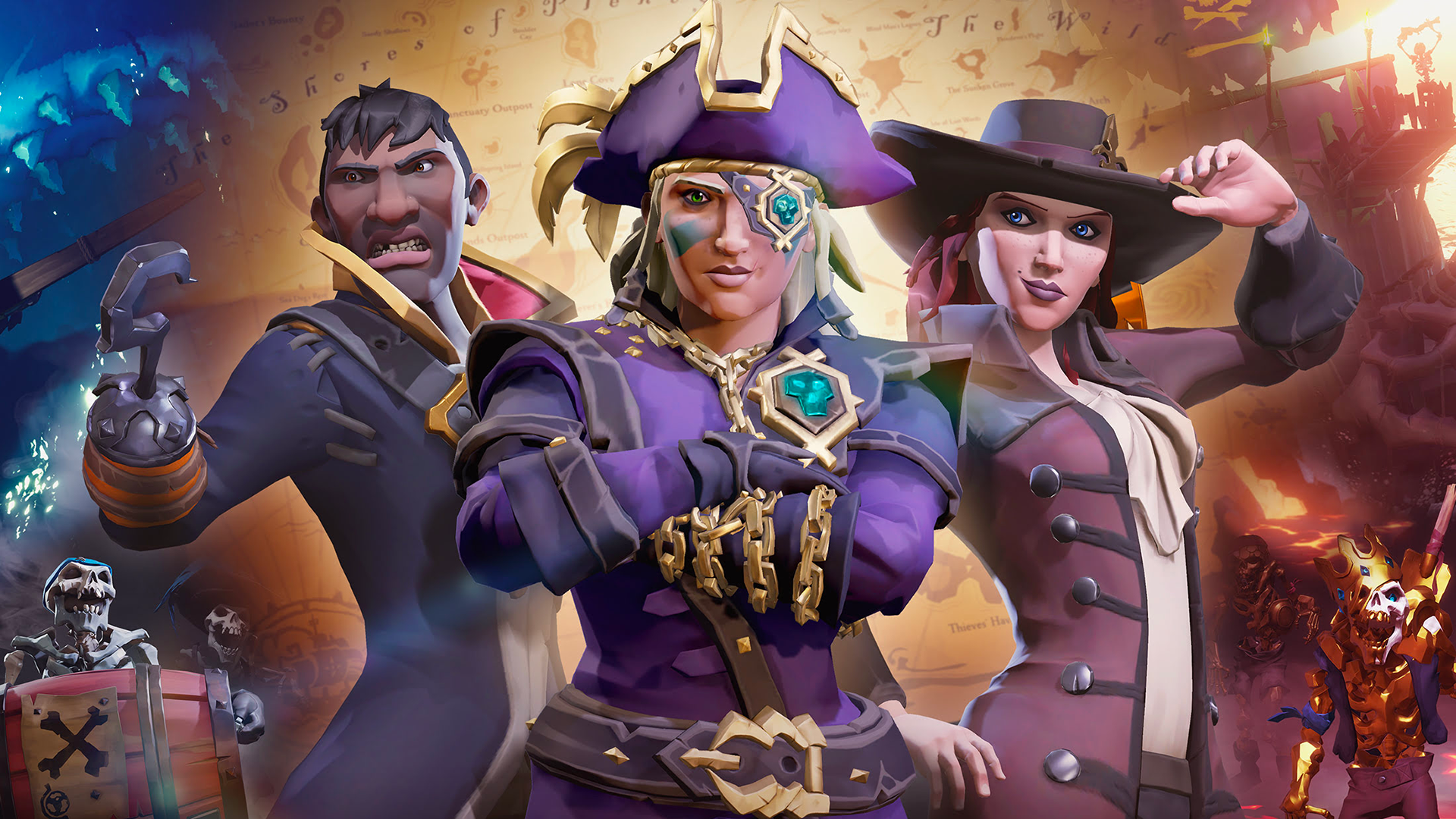 How to get the Eastern Winds Sapphire Equipment