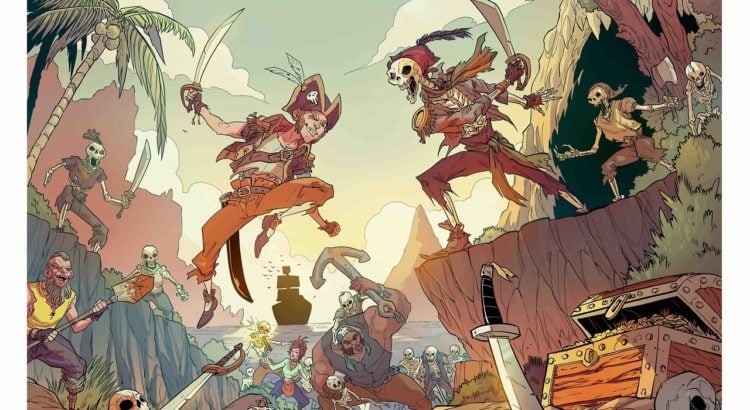 With all the excitement created by the Sea of Thieves beta sessions that took place the past three weekends, you might have missed a special announcement from Rare. The world of Sea of Thieves and all the lore that comes with it is breaking out from just being told in-game to the world of comics. The multi-part series is being created in collaboration with Titan Comics.

The comics will follow two crews, captained by a brother and sister whose rivalry will fuel their adventures while searching for a legendary treasure in the Sea of Thieves. The story is being written by writer Jeremy Whitley who has previously written Princeless and Thor Vs. Hulk. The art for the book is being created by Rhoald Marcellius who worked on The Incredible Hulk and Warren Ellis’ Supergod.

You can expect to get your hands on the first issue in mid-March, just ahead of the game’s launch on Xbox One and Windows 10!