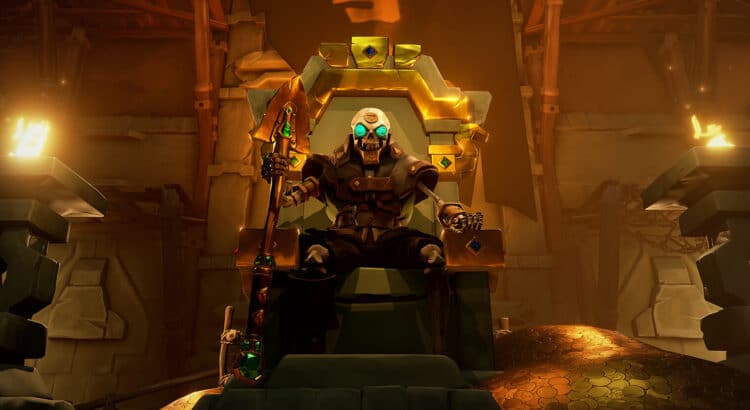 The third and final Sea of Thieves Anniversary Preview Stream just aired and we couldn’t be more excited! It was jam packed with Tall Tales details and also premiered the Tall Tales cinematic trailer! You can check the trailer below:

As for the stream, Jon McFarlane, Mike Chapman and Andrew Preston hosted an hour long stream going through what we can expect from the Shores of Gold while trying not to spoil anything. If you have an hour to watch yourself, you can view it here. If not, we have compiled all the juicy details in this article. Comprising of several Behind the Scenes videos and a long Q&A, here are the highlights mentioned during the stream:

And those are the main highlights from the Shores of Gold Preview stream. If we missed anything or there is something in particular you are most excited about, be sure to leave us a comment below!