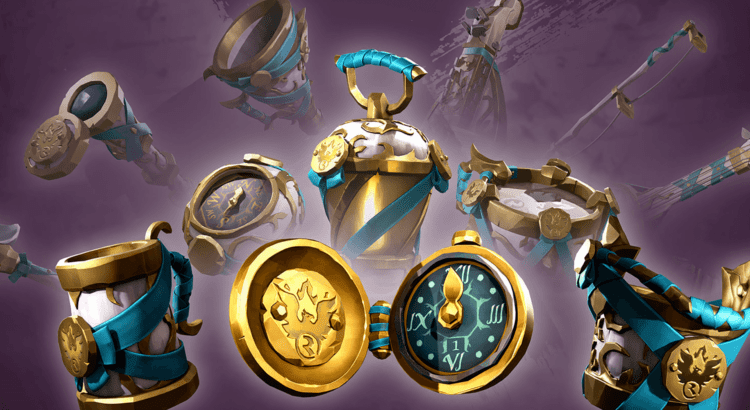 Season One of Sea of Thieves will offer players several opportunities to unlock different cosmetics from the Gilded Phoenix Cosmetic set. Along with the cosmetics to unlock will be some bonus emotes!

Each set of Twitch Drops will span five days, with each day offering a new Gilded Phoenix cosmetic.

To obtain these beautifully crafted cosmetics, all you need to do is tune in each day to watch your favorite Sea of Thieves Partner stream live for a minimum of 20 minutes! Once you have watched for 20 minutes, you’ll need to head over to your drops inventory and claim your drop. Each day there will be a new piece of the set up for grabs!

To give people in various time zones a fair chance to obtain the cosmetics, each will be available for a 24-hour window. The beginning and ending of that window are at 10 am GMT, when the daily reward will change.

The first Twitch Drop contains the Gilded Phoenix Equipment cosmetics. The dates for the drops are as follows:

The first Twitch Drop contains the Gilded Phoenix Equipment cosmetics. The dates for the drops are as follows:

Head on over to the official Sea of Thieves Twitch Drops page to make sure your account is linked and to follow along each day.

You can easily find who is streaming Sea of Thieves by checking out the Sea of Thieves Twitch directory here. A Partnered streamer will most likely have the word “drop” in their stream title, letting you know that you will be able to earn your cosmetic by watching them.