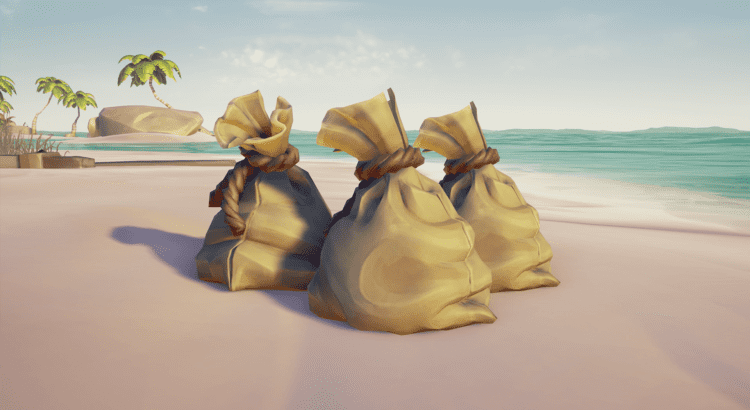 Slaying Skeleton Captains has always been a worthwhile endeavor. The expensive Villainous Skulls they have awarded upon defeat have helped many pirates reach the top rank within the Order of Souls. Now, thanks to Season Two, pirates have another reason for wanting to take down these ferocious skeletons!

When defeating high-tier enemies such Skeleton Captains or Skeleton Lords, pirates will now find Gold Pouches left behind as an extra reward. It doesn’t matter if the Skeleton Captain was found emergently, through an Order of Souls Bounty, or even during a World Event. It will reward Gold Pouches when killed.

The Gold Pouches we have picked up so far have been worth between 100-400 Gold. While it doesn’t sound like a lot, it can add up quickly. Especially if you are focusing on Order of Souls Bounty voyages or taking on the Fort of Fortune!

If the enemy you are about to kill has a nameplate, expect a Gold Pouch or two to drop. The more challenging the enemy, the more Gold Pouches they might drop!

Similar to Gold found in Treasure Chests, collecting Gold Pouches will immediately add Gold to your entire crew’s pockets. The Gold is shared with your crew but is not shared with Alliance Crews.

Being able to redeem Gold immediately is a nice perk for killing these fearsome foes. As many pirates know, journeys back to the Outpost to sell treasure are not always successful. Getting to pick up Gold for your efforts without the worry of losing it will make those tough encounters instantly rewarding.

It’s important to note that other crews can see and pick up the dropped Gold Pouches. Just because your crew killed the Skeleton Captain or Skeleton Lord, doesn’t mean it’s automatically yours. You will have to watch for any sneaky pirates nearby who might come and snatch up the Gold Pouches.