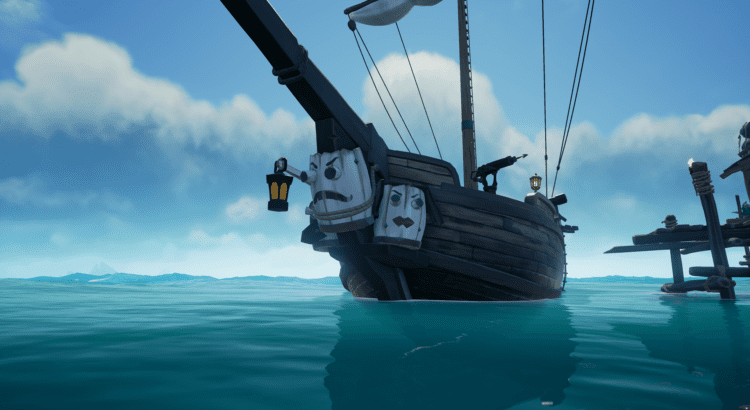 The Festival of Giving has added many new and exciting features and cosmetics to the Sea of Thieves. One of the oddest additions though is the Figurehead of the First Crew.

The Shipwrights at every Outpost now stock this strange looking figurehead resembling a set of Barrels. It is said that this figurehead depicts the voyages of the First Crew, who legend has it sailed before the Pirate Lord.

You can purchase the Figurehead of the First Crew for a mighty 3,202,018 gold!

If you’ve been following Sea of Thieves’ development since the beginning, these plain white, non-descript characters might look familiar to you. Before the Infinite Pirate Generator, there were just large white pills that roamed the seas. The development team used the pill shaped character models during the prototype phase of the game.

This fun figurehead is a great way to honor the past while also giving those beyond wealthy Pirate Legends something to spend their gold on.