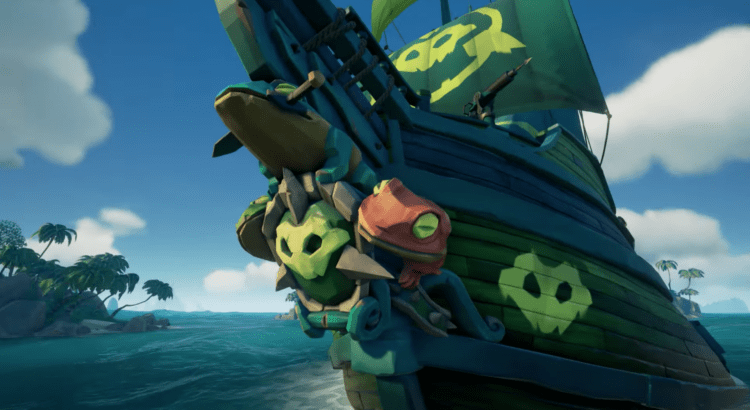 A brand new Battletoads is releasing tomorrow, August 20th, on Xbox One, Windows 10 and Steam! The imminent release means hours of couch co-op, beat ’em up fun is just around the corner!

For those enjoy both warty toads and swashbuckling pirates are in for a special treat!

Dlala Studios, the developers of Battletoads 2020, have teamed up with Sea of Thieves to celebrate the momentous occasion! A brand new Battletoads themed ship set is up for grabs and you’ll have to smash your way through Battletoads to get it.

Anyone who completes Act One of the new Battletoads game will unlock the new Fightin’ Frogs ship set. Act One is comprised of seven stages:

Once you reach Act Two you will have the ship set unlocked in your Ship Cosmetic box.

You can pre-load Battletoads now for those who have pre-ordered or will be getting the game through Game Pass. We cannot wait to get our hands on the game and make our way through the first Act!