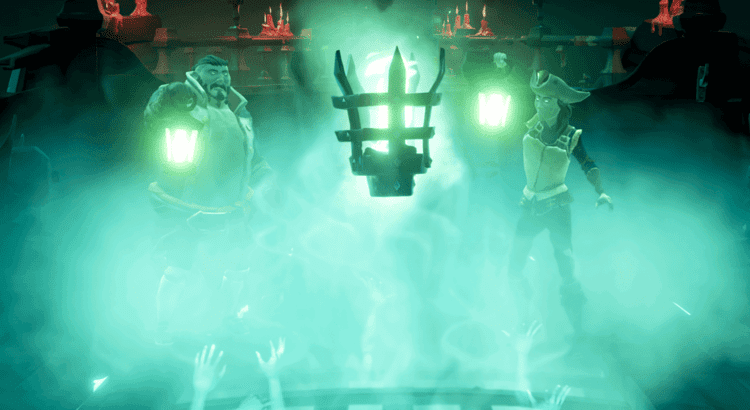 ’Twas All Hallows’ Eve of 2018—only months after Sea of Thieves was opened to all! Aye, this was the first haunted celebration on the seas. Although much time has gone by since the original Festival of the Damned, pirates can still relive the fun and earn all the commendations!

Without further ado, let’s pick up where the original article began…

Time to party! On your next visit to the Sea of Thieves you will find that Duke has kicked off a spooky celebration, the Festival of the Damned, to honor all fallen pirates as well as the Ferryman that guides them back to the land of the living!

Below, you’ll find an image and text-based guide to help you along. There are videos, too!

You might find the interactive map helpful, as well. There you can plan your voyage from one beacon to the next, easily zoom in and out, and find a number of other helpful markers—in addition to…

the brand new marker series just for
The Festival of the Damned! 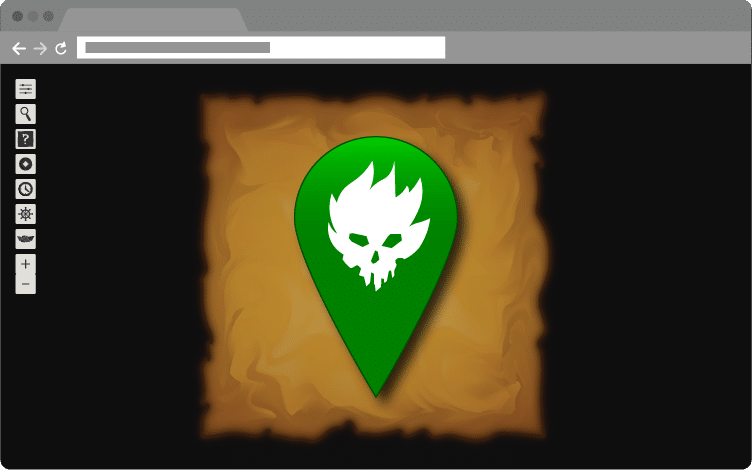 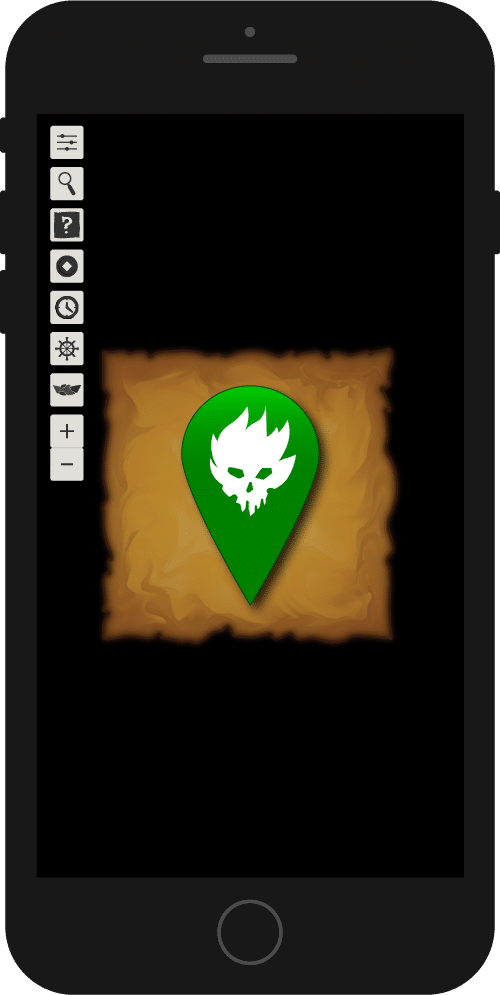 Festival of the Damned Flame of Fate Commendations

To earn the Flame of Fate commendations, you will need to ignite your lantern with six different Flames of Fate.

Acquire these vibrant hues by succumbing to rather colorful deaths.

When you arrive on the Ferry of the Damned, you will see a large floating flame at the center of the ship: the Well of Fates.

Approach the flame with your lantern equipped and raised up high. This will prompt you to take the new flame. You will now be able to spread the flame you gathered from the Ferry to other lanterns and beacons in the Sea of Thieves!

The Flame of Fate commendation you are trying to unlock must be gathered from the Well of Fates yourself. The commendation will not unlock if you take the flame from another pirate once back in the Sea of Thieves.

If you are trying to collect all the Flames of Fate it is important to keep your boat afloat. You will also lose any flames placed in lanterns in your ship if your ship sinks.

So Much More to the Flames of Fate!

Oh, there is so much more to know about these alluring little flames.

Now pirates also need these flames to activate the Fort of the Damned! Who knows how the flames might be used in the future?

That way—whenever the Flames of Fate make an appearance in the game—we can simply provide a little link to that article for any pirates who are curious.

Curious? Sea of Thieves Flames of Fate: Light your Lantern in Colorful Flames

The Lightbringer commendations will have pirates taking their newly acquired colorful flames and spreading them across the Sea of Thieves. There are 3 beacons to light per region for a grand total of 12.

If you arrive at a beacon to find it ablaze with a color different from the color you hold in your lantern, simply light the beacon as you would if it were not lit.

If you arrive at a beacon to find that it has already been lit with the same color you hold in your lantern, you won’t be able to light it. Never fear, simply use a bucket of water to douse the fire. Then, reignite the beacon with your own flame.

Pirates will also need to make nice for a bit. There is a commendation for synchronizing your ship’s lantern colors with another ship while in an alliance.

Lightbringer of the Shores of Plenty

We show you the locations in images below—both in game on the islands and from a bird’s-eye view. But, we also thought it might be helpful to add a video of the actual footpaths—or cannon flight paths—you can take to make your way up to those beacons yourself. To add the videos as quickly as possible, we decided to add videos for each area as soon as completed. The first is for the Shores of Plenty. Enjoy, me hearties!

Cannon Cove: The Festival of the Damned beacon is located on the gigantic main rock located at the center of the island. The beacon is only accessible by cannon so you must shoot yourself up from your ship. The best approach is likely to park your boat on the East of the island and aim your cannons West (and up!).

Mermaid’s Hideaway: You will find the Festival of the Damned beacon above the Mermaid’s Lagoon. No need for cannons. Just climb on up.

Smuggler’s Bay: Head to the North of the island. On the topmost ridge you’ll find the Festival of the Damned beacon.

Lightbringer of the Ancient Isles

Here’s another little video showing possible footpaths up to the beacons.

Crook’s Hollow: This beacon is located at the highest point of the island. No need for a cannon, though. Just scamper on up.

Devil’s Ridge: This beacon is just above the waterfall—and accessible on foot.

Plunder Valley: The Festival of the Damned beacon on Plunder Valley is located at the top of the island. There’s no need for cannons, but it is a bit of a hike.

Lightbringer of the Wilds

Find the Wilds beacons at Kraken’s Fall, Marauder’s Arch, and The Crooked Masts.

Here’s a little video showing you footpaths—and a cannon flight path—you can take to actually get up to those beacons yourself.

Kraken’s Fall: You will find this beacon atop the big rock structure to the North of the island. Make your way up the rock structure first, then head North. You will have to drop down a few ledges to reach this beacon. Pack a banana or two.

Marauder’s Arch: There’s perhaps no better place for a Festival of the Damned beacon than on the iconic Marauder’s Arch. Climb on up and light that beacon!

The Crooked Masts: This is one of the two that cannot be reached without an assist from a cannon. This beacon is located at the top of the North peak on the island. Park your boat on the North side and aim your cannons high!

Lightbringer of the Devil’s Roar

If the beacons are already lit—as many of them are right now—then the footpaths to these beacons are easy to find. Since these beacons may not be lit quite as often in the future, we made a little video. Plus, since these newer islands are a bit less familiar to the community, we thought it might help fellow pirates get their bearings and see where they might want to park their ship.

Fetcher’s Rest: This beacon is located on the northeast part of the island. No cannon needed for this one.

Ruby’s Fall: Head on over to the bridge that connects the two main rock formations on Ruby’s Fall. You will find the beacon for the Festival of the Damned just North of it.

The Devil’s Thirst: This beacon is just West of Old Coop’s remains located on the main hill to the north of the island.

Death by skellie, by storm, shark, or snake
By volcanic rock, or by hand of foe
The colorful flames be yers to take
And light yer beacons with a fateful glow

Now that you know how to attain—and where to spread—each Flame of Fate, you can properly honor the Ferryman during the Festival of the Damned. As always, if you have any questions or need any help, leave a comment below!

53 thoughts to “Sea of Thieves – Festival of the Damned Guide”