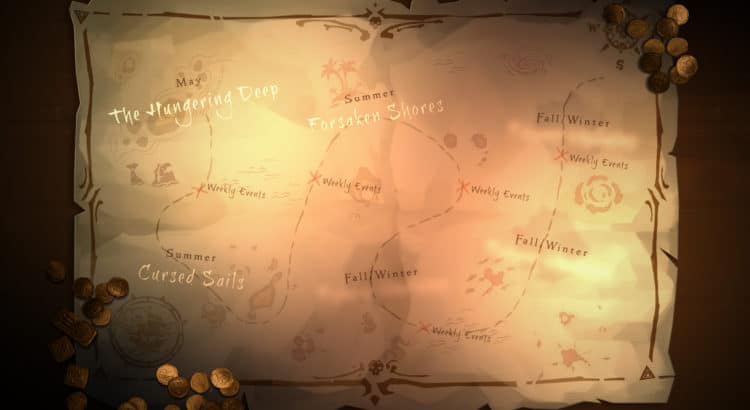 The latest weekly Sea of Thieves update video featured Executive Producer, Joe Neate, who explained what to expect for the rest of the month. You can watch the video below or read a quick highlight list we have compiled here:

Those are some of the big highlights from this weeks update. Be sure to watch the video to catch all the details and don’t miss the Hungering Deep trailer next week!