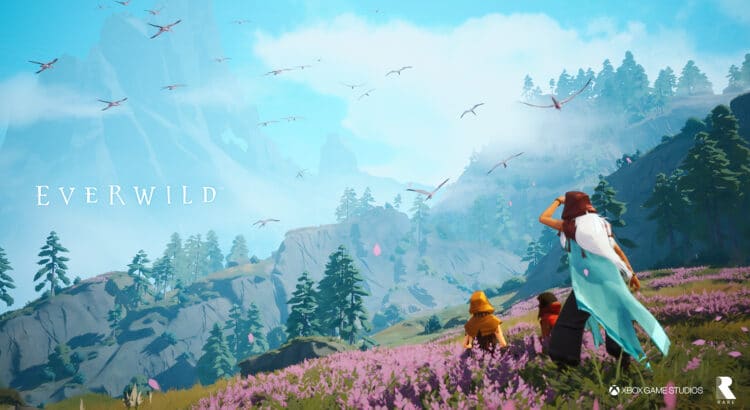 Microsoft was not shy in their build up for this XO19 “Inside Xbox,” claiming it would be the biggest “Inside Xbox” to date.

We are happy to report: their enthusiasm was well-founded!

With dozens of announcements and game reveals, any gamer would likely see more than a few things to pique their interest. Even non-Xbox players would likely be interested to know how they can play Halo on other devices…

Since it was rumored that Rare would be unveiling all new IP, we went into this “Inside Xbox” knowing what we were most anxiously hoping to see.

Luckily, those hopes were soon confirmed! Just after XO19 kicked off, the camera cut to a familiar face for any long-time Rare fan: Louise O’Conner. Louise has been part of the Rare family since the days of yore—more precisely, since Conker’s Bad Fur Day.

It seems that while some at Rare studios have been strictly focused on Sea of Thieves, Louise and her team have been secretly developing a brand new IP. Today, Louise introduced a world premier trailer for the world Rare’s been building: Everwild!

There is more than a bit of mystery to this world—for the three figures, as well as the audience.

There is no dialogue or text in the trailer, other than the title card at the end. Even the floating vocals are wordless.

The only descriptive text for Everwild can be found on its otherwise bare official Xbox page. It reads:

“Unique and unforgettable experiences await in a natural and magical world.”

While the trailer does not give much else away, the world that awaits does appear to bring us closer to nature, enticing us with its magic.

Everwild is still in early development so it might be some time before we get our hands on the game, or even learn a whisper more about it for that matter.

However, while details on the game itself are light at the moment, we do know a bit about the development team working on the game.

In the trailer’s introduction, Louise spoke enthusiastically of Everwild’s originality. So, we know it will be unlike anything they’ve done before. However, knowing the development team’s background certainly gives us an idea of the caliber we can expect from Everwild.

The Everwild team is led by Executive Producer, Louise O’Conner. As she mentioned in the introduction, O’Conner has been with Rare for over 20 years now. She has worked on such titles as Conker’s Bad Fur Day, Viva Piñata, Banjo-Kazooie: Nuts & Bolts, and Kinect Sports.

Fun fact: O’Conner is the voice of your helpful guide Leafos in Viva Piñata!

The Art Director for Everwild is none other than Ryan Stevenson. Stevenson is best known for his work on Viva Piñata, Banjo-Kazooie: Nuts & Bolts, and Sea of Thieves.

After listening to the trailer’s moving score, the composer is no surprise. Robin Beanland—Ivor Novello Award winner, and composer on Rare titles such as Killer Instinct, Conker’s Bad Fur Day, and Sea of Thieves—is composing for Everwild.

We cannot wait to learn more about this enchanting world and the fantastic folks bringing its magic to life! As Rare divulges more and more, we will be here to share discoveries and speculations alike.

Feel free to share your thoughts on the Everwild trailer in the comments below. We would love to hear your reactions, theories, hopes, dreams…