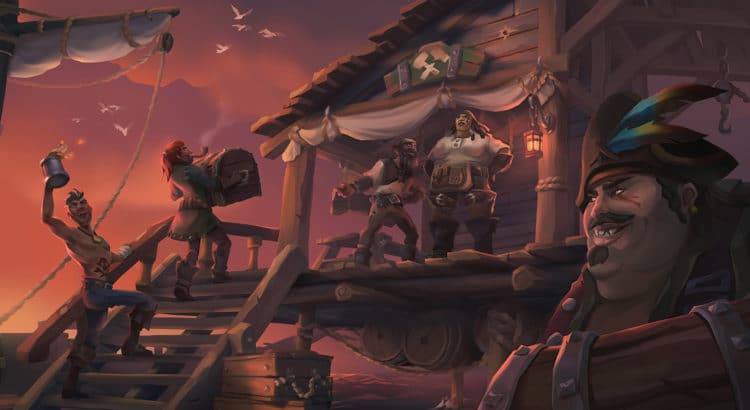 The latest Inn-Side Story installment released this week contained some very special footage of Sea of Thieves. This special footage was of the never before seen prototype, running on the Unity game engine.

Within the prototype are many game mechanics and ideas, yet to be seen or heard about, that could possibly make their way into the final game. Something to keep in mind as we address each feature though is that none of what is included in the prototype could make its way into the final game. Rare has been very adamant about not over promising specific features in the game as to not disappoint the fans.

While that is the case, we can still learn a lot about what to expect for the future of Sea of Thieves from the ideas Rare has toyed with in the past. Watch the video below to see glimpses of enchantments, harpoon guns and more in the world of Sea of Thieves!

To see the full video that this footage was taken from, be sure to watch the 19th Inn-Side Story yourself below: