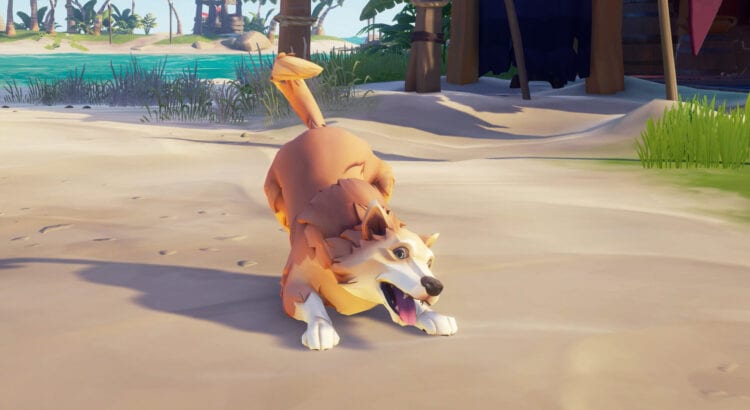 You’ll soon have a new furry friend to accompany you on all your pirate adventures! The team at Sea of Thieves have just announced that dogs will be coming to the Pirate Emporium in September’s monthly update.

The Dev Gameplay Update video that officially announced the fluffy news gives us a quick glimpse of what we can expect from this new companion.

It appears that dogs will bring the same humor and charm that all previous pets have with their fun idle animations. Dogs will playfully jump and run around in circles as they wait for some action. They will also relieve themselves in the sand when they feel like it so watch your step when you are around them!

The video also shows a dog dressed up in a pet costume as well as the ear scratching action you can perform while holding a dog.

Based on what players can currently do with their cats, monkeys and parrots, it’s safe to say we will be able to feed our dogs, dance with our dogs and even shoot them out of cannons.

You can watch all the puppy fun for yourself in the video below!

We’ll have more on dogs including all the available types and variations as well as the costumes you can purchase for them come release time. We cannot wait to have a pirates best friend aboard our ship!