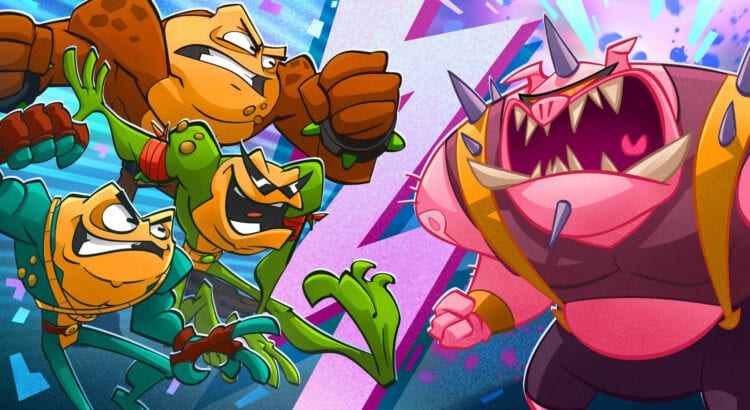 The trio of butt kicking toads are back! A brand new trailer has just released revealing the official release date for the game. You will be able to morph, leap and smash through Battletoads on Xbox One, Windows 10 and Steam on August 20th, 2020!

The trailer showcases a variety of beat ’em up, platforming, and racing stages. While the classic Battletoads gameplay is at the heart of the game, there will be a few new mechanics for Battletaods veterans to master. This includes new vehicle and puzzle-solving sections!

An official press release accompanied the trailer and went into some detail about the game including the expected difficulty.

The original Battletoads games are notorious for their difficulty. Even the most seasoned of video game players will find themselves stuck on levels such as the infamous Turbo Tunnel.

The developer at the helm of this new Battletoads, Dlala Studios, wants to ensure players have enough options to play at their own pace. This means allowing for friends to join via couch co-op and multiple difficulty settings from Tadpole to Battletoad.

With the ease of drop in and out multiplayer and varied difficulty, players of all skill levels will get to enjoy more Battletoads. Though, it sounds like Dlala is still providing that controller-breaking gameplay for those with the tenacity and split-second reflexes to experience it.

We were lucky enough to get our hands on Battletoads at last year’s E3. You can read our hands-on impressions with the demo here! You’ll quickly find that we had a blast playing what we saw on the show floor. We cannot wait for the official release!