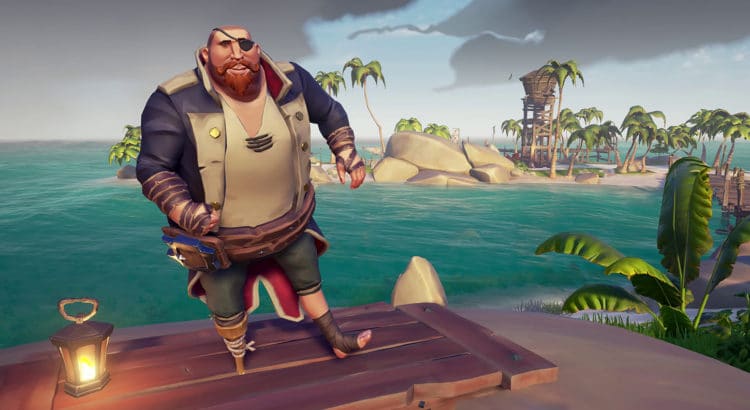 Rare has already ran two closed beta sessions with the intentions of pushing all the services that Sea of Thieves utilizes to the limit. Today Rare announced one final beta and this one is much different than the previous two. For starters, it is not closed. This final beta for Sea of Thieves is open to everyone! If you haven’t been able to participate in the testing of Sea of Thieves yet, now is your chance! And for those previous testers, this last beta contains a lot of new content.

The usual testers will be familiar with the Gold Hoarders, a group of pirates who buy chests for gold. Alongside the Gold Hoarders in this final beta is a new trading company, the Merchant Alliance.

About the closest thing to a legitimate business presence on the Sea of Thieves that you’ll ever see, the Merchant Alliance are seeking profit by shipping cargo to the Outposts around the world. Since these Voyages can often be dangerous, they’ve taken (somewhat reluctantly) to employing pirates as the protectors of their cargo, so this is where you come in.

The Merchant Alliance will task the players with finding resources such as pigs, chickens, snakes and explosive barrels and delivering them to specified outposts across the world. You will be given a time limit so you won’t have too much time to dilly dally between deliveries.

While you are out progressing for both of these companies, there are now also Skeleton Forts to be raided. They have always been in the world but now they host special events.

Although there are many unoccupied forts across the world that you can explore, they also sometimes become occupied by skeletons. When that happens, a huge looming skull cloud can be seen above the fort, visible from across the sea around the world. The skull cloud signifies that skeletons have taken control of the fort and also signals that their fort vault is available to be opened.

So there is nothing left to say but go download the Final Beta on your Xbox One or Windows 10 PC and get to being more pirate!

For more information on the Final Beta, you can read this article here on the Sea of Thieves website.