Some of our favorite additions to the Pirate Emporium have been holiday themed cosmetics. You can’t help but get in a festive mood when you can dress you and your beloved pirate up in celebration!

It makes perfect sense then why we are in love with most recent Pirate Emporium customizations available for the month of October. This month in the Pirate Emporium you will find skinless sidekicks, ghostly face paints, dreadful emotes and a terrifying ship set that rivals the Ferry of the Damned!

Cute and cuddly are not the first words that come to mind when looking at the new skeleton pets available in the Pirate Emporium. Instead, these new cursed companions invoke the words ugly and pokey.

The scary looking Skeleton Alsatian and Skeleton Mau are now available in the Pirate Emporium, along with the returning Skeleton Macaw and Skeleton Marmoset. All four of these doomed pets are time-limited for the duration of the Fate of the Damned update.

For 999 Ancient Coin you can purchase the Skeleton Big Pet Bundle which includes the Skeleton Alsatian and Skeleton Mau.

We hope the Skeleton Alsatian doesn’t realize it is walking pile of bones. Otherwise, your new companion might make itself disappear!

The one nice thing about the furless Skeleton Mau is you won’t find tufts of its hair in your captain’s chair next time you go to sit down!

The Skeleton Little Pet Bundle brings the return of the skeleton monkey and skeleton parrot. Just because these two are smaller than their larger friends doesn’t mean they are not just as terrifying!

For 999 Ancient Coin you can purchase the Skeleton Little Pet Bundle which includes the Skeleton Cockatoo and Skeleton Marmoset.

Another plus of having a skeleton version of a pet is you don’t have to worry about cleaning up after them. This is very important for a pet would love to sit on your shoulder!

If a Skeleton Marmoset ever steals your banana you will know immediately. They have no where to hide it!

You can now dress up your pirate with four new luminescent Face Paints. These new fateful Face Paints have been designed to send a shiver down your spine!

For 149 Ancient Coin you can purchase the bundle that includes the Witch Markings, The Ferryman, It’s Alive!, and Raven face paint.

You can also purchase each individually for 49 Ancient Coin.

We love emotes that come with props! The Skeleton Emote Bundle introduces a sentient skeleton arm prop that your pirate will be interacting with.

You can count on a skeleton to literally give you a hand in pulling off these silly and scary emotes.

The next time you and your crew are feeling down why not lighten the mood with a cheerful dance? The free Lantern Dance emote brighten both your crew’s faces and the room!

If you thought the Ferry of the Damned was a terrifying sight, wait until you see the Soulflame Ship set!

If you are looking to scare any pirate who you come across while on the Sea of Thieves, you’ll want to dress your ship up in the Soulflame Ship collection. You will truly be ready to haunt the seas with its macabre look.

As you can see, there are plenty of treats in the Pirate Emporium this month for you Halloween enthusiast. We expect to see the most hard core of celebrators sailing the sea in their fearsome Soulflame Ship. Alongside thier almost living pet at their side of course! 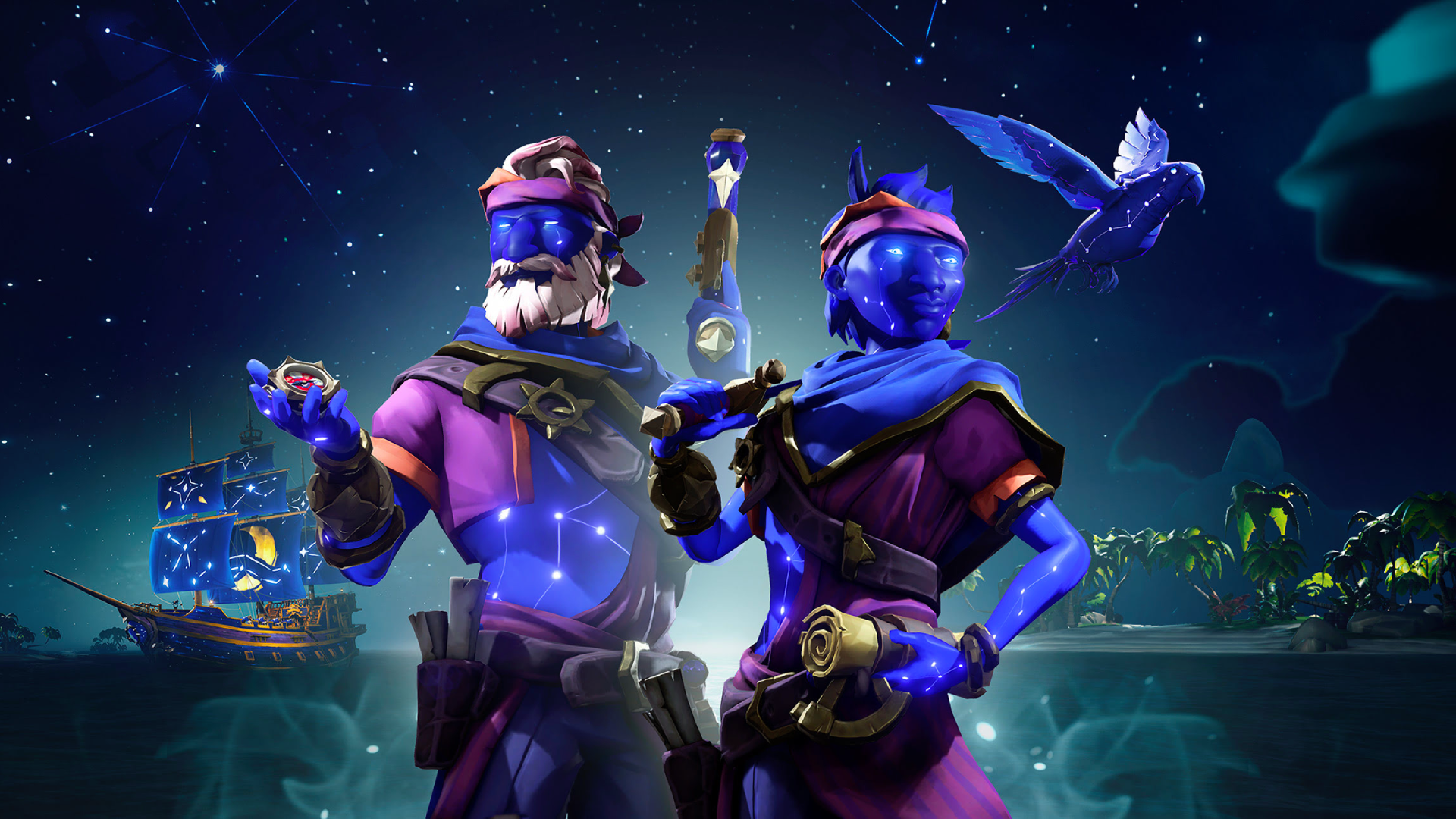 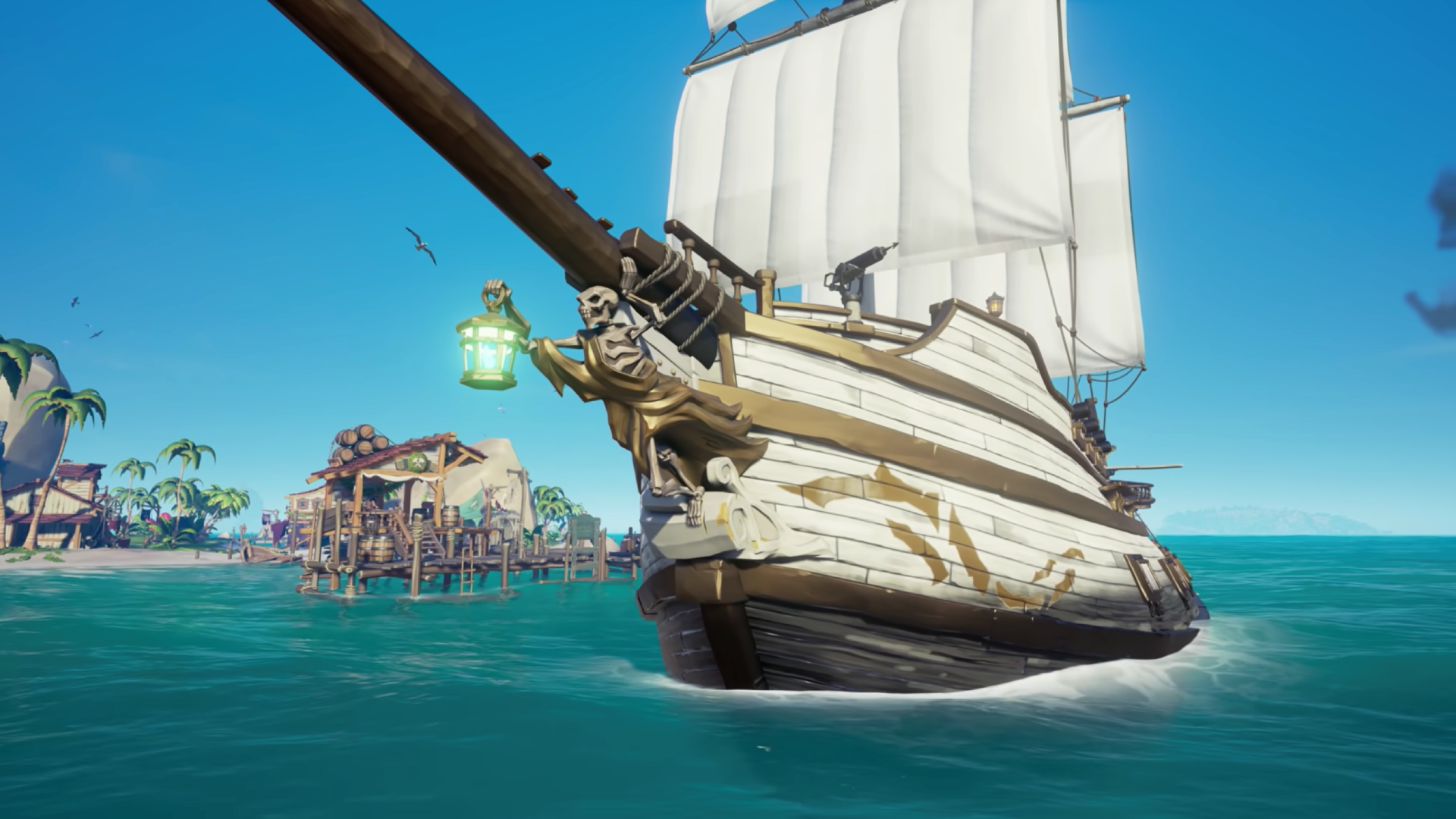 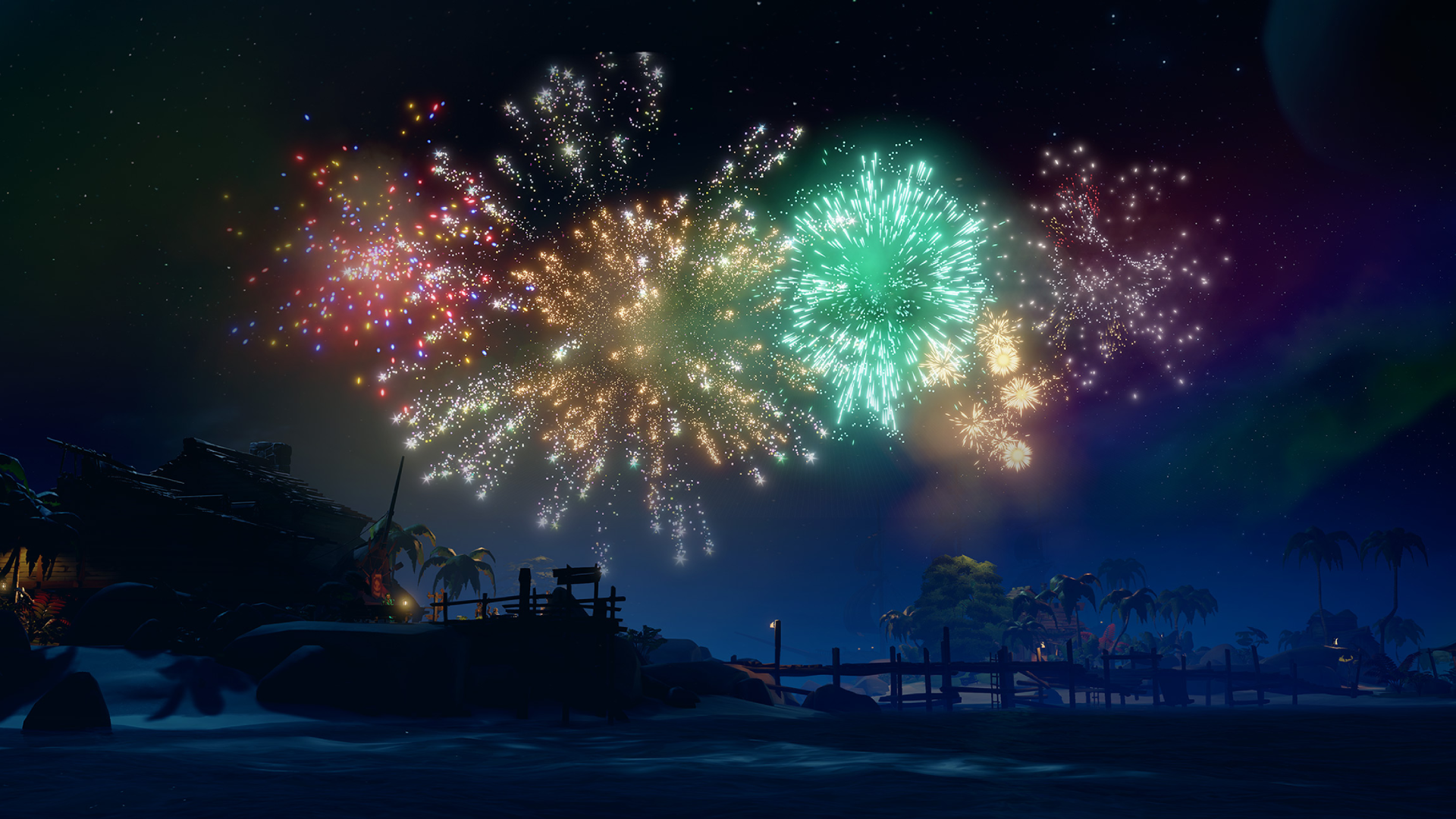