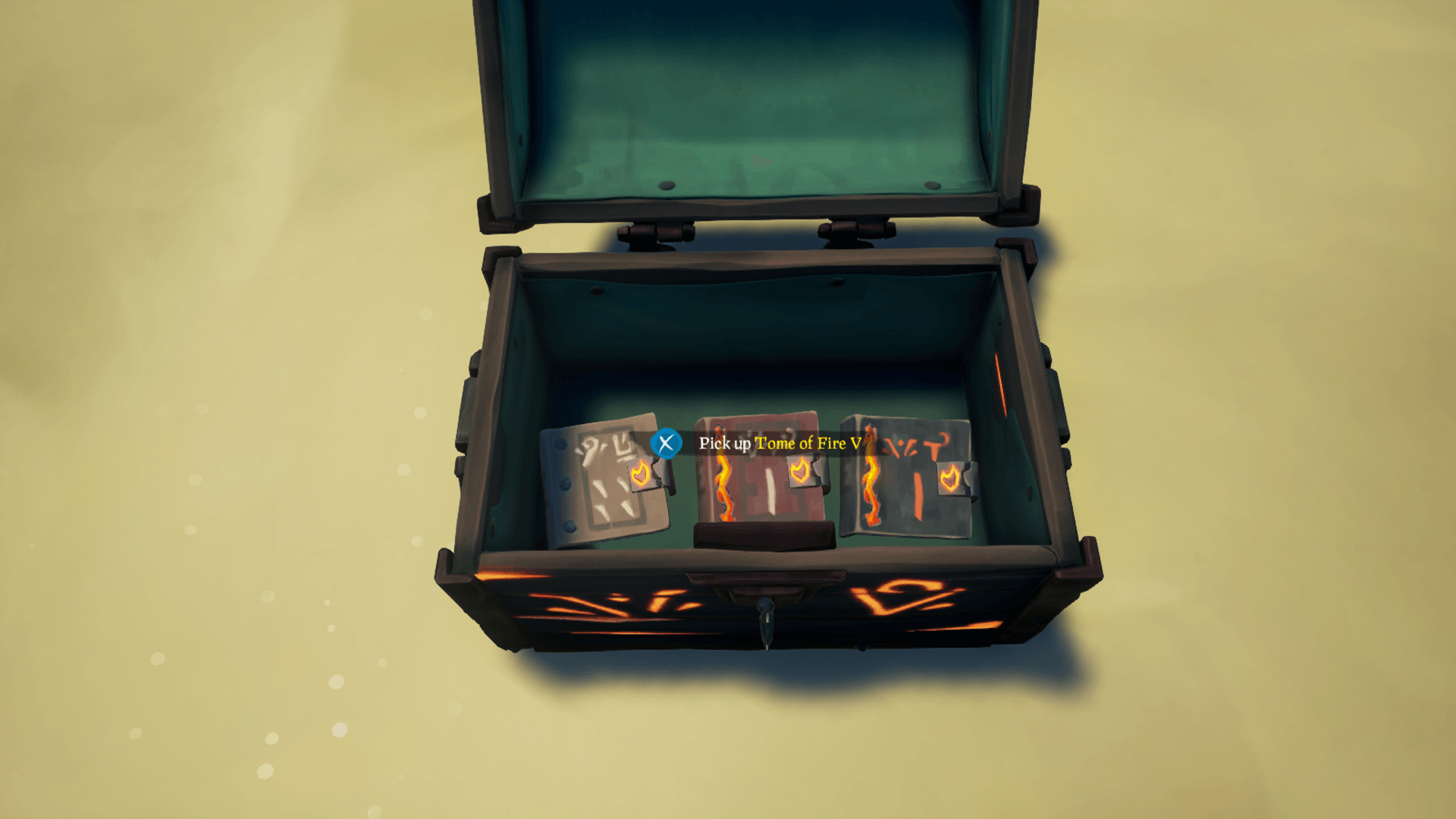 How to get an Ashen Tome of Fire? The Ashen Treasures Guide

The third volume in this fiery series of Tomes has been discovered in the Sea of Thieves. The Ashen Tomes of Fire are the latest artifacts that the those pesky skeletons have been guarding.

Duke is back and looking to collect these new Tomes to further learn the secrets of the ominous Ashen Lords! With the threat of Captain Flameheart looming over the Sea of Thieves, Duke is looking to come prepared for any encounter!

It’s up to us to help Duke track down these Tomes so let’s get to work!

How do you get a Tome of Fire?

Just like the previous two volumes of Tomes, you will need to find an Ashen Key and an Ashen Chest.

Both are mandatory in acquiring an Ashen Tome as Ashen Chests contain the Tomes and can only be opened with an Ashen Key.

Every Ashen Chest is guaranteed to have at least one of the fifteen possible Tomes inside. That means you are not guaranteed to find an Ashen Tome of Fire the first chest you crack open. You might find several Tomes of Power or duplicate chapters before finally getting that final Tome needed to complete your collection.

An Ashen Tome is not the only thing hidden away in these precious chests either. Ritual Skulls, Doubloon Pouches, Gold Pouches and Ashen Artifacts can also be found inside!

There are a total of five different Tomes of Fire that need to be found and turned in to Duke. One for each chapter of a five chapter volume.

On your mission to acquire the complete volume, you will be hunting down:

Where do you turn in a Tome of Fire?

With a Tome of Fire in hand, head to Duke found at any Outpost and sell it to him for doubloons! There are a brand new batch of commendations related to the Tomes of Fire to unlock so you will be earning plenty of doubloons during your time retrieving these new Ashen Tomes.

The commendations not only give you doubloons for completing them but also unlock new Ashen Dragon cosmetics that have been added to the Black Market!

We know that we need an Ashen Chest and Ashen Key, but how do we go about getting them?

Nothing has changed since the Tomes of Power have been uncovered in terms of finding Ashen Keys. There are still two main ways to hunt down Ashen Keys. The first being killing a ferocious Ashen Key Master and the other being randomly fishing it out of the sea!

Ashen Key Masters are in charge of keeping the sacred Ashen Keys safe and out of the hands of pirates like us! So how can you find a Key Master?

The formidable Key Masters will spawn randomly on islands in the Sea of Thieves just like emergent Skeleton Captains have for a while now. You never know when you might run into one while exploring an island. Though, you can always spot one from a distance by the red light radiating from them.

If you haven’t tried the latest remix of the Skeleton Forts then you are in for a treat!

Yes, that is right. You can fish one of these elusive Ashen Keys from the sea with your fishing rod! Just cast your line into any pond or anywhere in the open water without bait and hope you don’t get a bite.

Instead, hope that you latch onto an Ashen Key at the end of your line!

Ashen Guardians are the counterpart to Ashen Key Masters. These raging Skeleton Captain variants drop a quest leading to a hidden Ashen Chest.

Similar to the Key Master, their orange title above their head signifies that they are an Ashen Guardian as well as their red aura.

The Ashen Guardians are known to randomly patrol islands in the Sea of Thieves. During your adventures you might get lucky to come across one lying in wait.

The second to last wave of the remixed Skeleton Forts now spawn an Ashen Key Master as well as an Ashen Guardian. Kill The Ashen Guardian and pick up the X Marks the Spot quest it drops. The quest will lead you to an Ashen Chest buried on the fort.

Defeating the Captain of the Ashen fleet that spawns at the Ashen Skeleton Ship clouds will net you several Ashen Chests! Yes, more than one!

While that sounds very enticing, the skeleton ships that spawn during this battle come loaded with Firebombs! You will need to prepare for the fight with plenty of food and planks if you want to make it to the Captain wave and leave victorious!

These are available in the Black Market. They are expensive but will give you a quest for an Ashen Chest at the closest Outpost. The high price comes with a quick and painless chest.

Along the way in delivering all the Tomes of Fire to Duke you will be unlocking the following commendations:

Tome of Fire Collector – Sell all 5 Tomes of Fire. (50 doubloons)

There are plenty of opportunities around every corner in the Sea of Thieves to acquire an Ashen Key or Ashen Chest! Duke is going to need all the help he can get against Captain Flameheart so we wish you luck on acquiring each Tome of Fire!