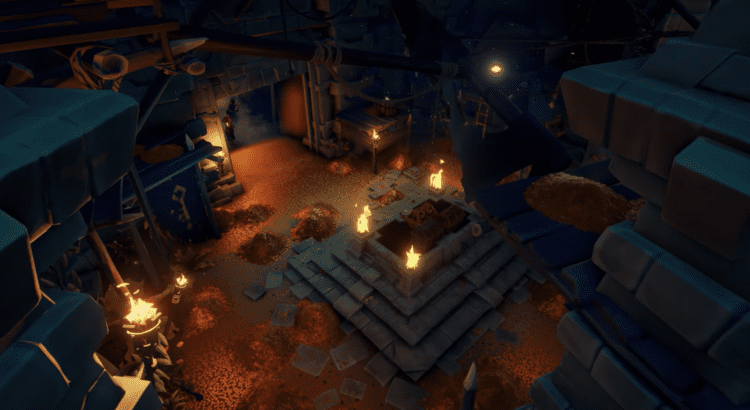 UPDATE: The Vaults of the Ancients is now out! Head on over to our landing page for the release to learn about the Golden Wayfinder, Treasure Vaults and more much!

You can expect to purchase a canine friend from the Pirate Emporium, raid Gold Hoarder treasure hidden away in Ancient Vaults and follow Mysterious Notes to new and interesting activities in Sea of Thieves.

Vaults of the Ancients

The main highlight during the episode was the new Gold Hoarder experience. After the events that happened on the Shores of Gold, the Gold Hoarders were in need of a new safe to keep all of their riches. The Ancient Vaults scattered around the Sea of Thieves were the perfect solution. Or so they thought.

The Gold Hoarders are now worried that these vaults are at risk of being found and cracked open. They’ve tasked the good pirates of the Sea of Thieves to track down the keys to the vaults and return them. Once you’ve found the key you have a choice to make. You can return the key as the Gold Hoarders have asked…or you can go and use the key yourself!

If you use the key on the vault it belongs to, you’ll find yourself in a room filled with riches!

There is one more treasure being kept secret inside the vault. To uncover it, you’ll have to find the medallions hidden in the room. Each medallion used on the puzzle table will uncover a piece of the solution. Solving the puzzle will open up a secret room in the back of the vault. Inside, you’ll find a brand new never-before-seen chest!

There is a catch to though! You don’t just have free rein inside the Treasure Vault once you’ve opened it. There is a timer! You’ll have to grab all the loot you can as quickly as possible and solve the puzzle before the timer runs out!

You can bet we will have all the tips and tricks to help you master the new Treasure Vaults when the update drops later this month! The pirate inside us doesn’t want a coin of loot to slip away!

5 thoughts to “Sea of Thieves: Vaults of the Ancients Preview”